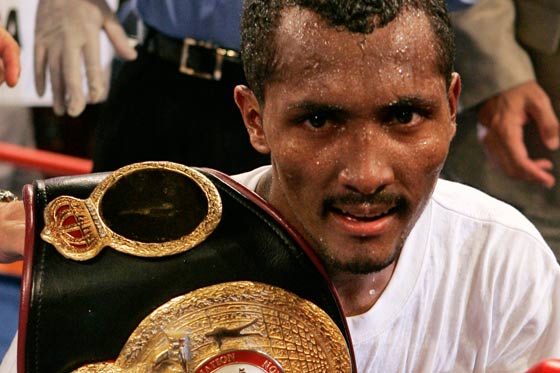 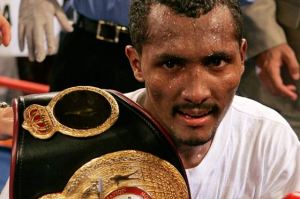 We have not seen much of Anselmo Moreno lately. Despite that Moreno has won his past two bouts, he has been inactive, fighting just twice since his unanimous decision loss to Abner Mares. In just over three weeks on September 26, Moreno will defend his WBA Super World Bantamweight Title against Juan Carlos Payano (15-0, 8 KO).

Moreno (35-2, 12 KO), hopes to keep his winning streak going against Payano. Considering his inactivity in recent months, how are things going for Moreno? Moreno spoke via translator. “Things are going well,” added Moreno. “I am looking forward to returning to the ring for my third win in a row.”

At one point, Anselmo Moreno was in serious discussions for a potential unification bout against IBF champion Stuart Hall (16-3, 7 KO). What exactly happened to bring those discussions to a close? “Stuart Hall had a mandatory fight and he had to fulfill those obligations,” said Moreno. “I understand why the fight was called off.”

Anselmo Moreno has only fought two times in the past two years. What is the reason for that? Moreno does not think it is his fault. “The main reason is that there is a lack of rivals,” commented Moreno. “It is essentially the lack of rivals that have caused me to be out of the ring for as long as I have.”

Rigondeaux has been so dominant in the 122 lb division. If this fight does take place, it is one advantage that would be very clear. Will there be any difficulties for Moreno to make the weight? “I want to move up and have accomplishments,” added a confident Moreno. He did not exactly clarify if making the weight would be difficult, but his confidence implies that he is ready to go for the home run.

Moreno takes on Juan Carlos Payano from Mesquite, Texas on September 26th. We at Tha Boxing Voice wish him the best of luck in his career. Will Moreno move up to 122 if he defeats Payano? We will have to wait and see.