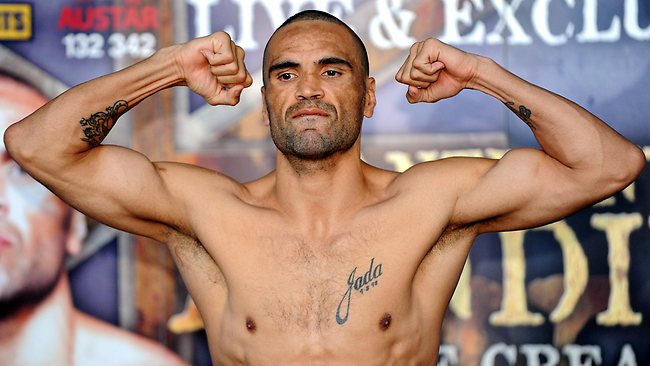 Last night Anthony Mundine (59-3) really impressed in beating  journeyman Bronco McKart (36-4), in the 7th round. The fight was decent in terms of entertainment value despite not being as competitive as I expected in terms of how the rounds. McKArt really did come out to win and at no stage gave up. He shown his heart and ability and even had his moments in the fight.

In terms of points however, Mundine took practically all the rounds and done the better work consistently. The bout ended with Mundine putting McKart down twice primarily through attrition and multiple shots, as opposed to a large singular punch in the way Khan’s nightmare begun last night.

The first round began with the customary feeling out of one another with not too much action. At this stage, Mundine did appear to be the more polished fighter. We did not need to wait too much for the two to begin trading for good blows.

One thing which McKArt did well was establish the outside foot with his southpaw stance in which to gain advantage with his left hand. The problem was he did not leverage this enough in order to take the bout. He missed a lot of punches and got counter-tagged numerous times by the savvy Mundine. When McKArt did land, they were usually singular shots with no or little effective follow up.

Mundine attacked the body well and used a good drowning style with occasional flurries to keep McKArt at bay. A punch which really took the rounds for Mundine was his right, which he throws without full power but sneakily, and quickly in order to get the judges attention.

Mundine is now on U.S. soil and in a top heavy 154 pound division. Next step now is to take on actual contender, someone of substance to truly show the boxing public how good of a fighter Anthony Mundine really is.