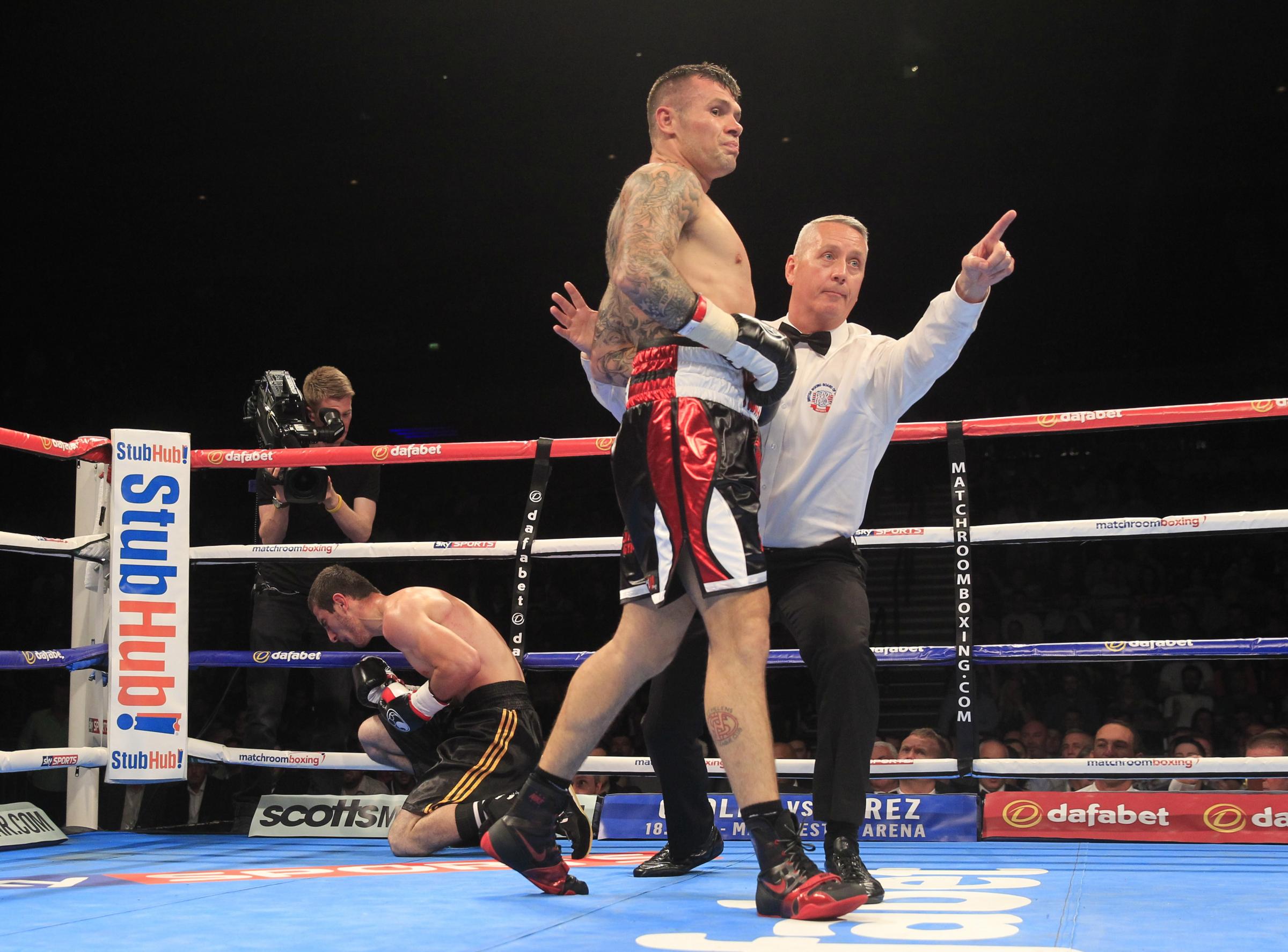 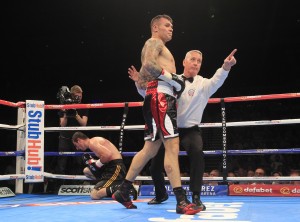 Martin Murray enjoyed an explosive start to life at super-middleweight, delivering a crunching body shot to claim a second-round KO win over George Beroshvili at the Echo Arena in Liverpool on Friday night, live on Sky Sports.

Murray was making his bow in the 168 lb. division in his first fight under new promoter Eddie Hearn following his heroic efforts against Gennady Golovkin in February, and the three-time middleweight World title challenger wasted little time in showing he will be a force to reckon with in the buzzing super-middleweight scene.

The 32-year-old hurt his Georgian opponent with left hooks to the body in the opening session, and it was that same shot that did for the visitor with 2.29 on the clock in the second session.

“I felt great in there, very strong and I think that Super Middleweight is going to be my good for me,” said Murray. “The Golovkin fight is in the past now, I learnt a lot from it, and I’ve soaked that experience up, but I’ve moved on from it and looking forward to making an impact at super-middle.

“I will leave it to Eddie and Oliver Harrison to see where we go next, but I can see myself in some big fights.”