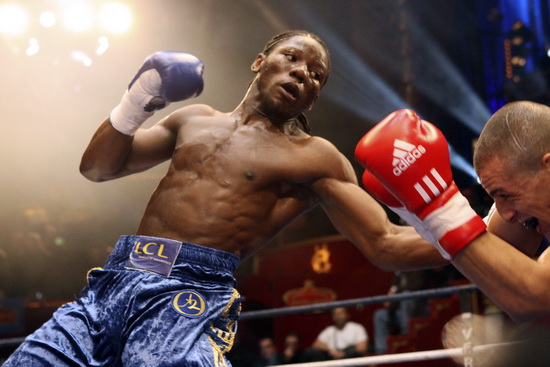 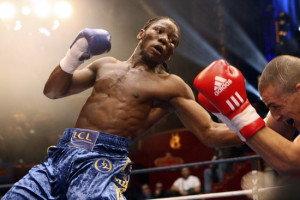 Hassan N’Dam has longed for a title shot ever since he lost his WBO middleweight title to Peter Quillin in 2012.

He has won three straight since the loss. Although he hasn’t been as active as most, his win over Curtis Stevens put him in line for the IBF middleweight title.

Almost looked over when Jermain Taylor won the belt and was on course to fight Sergio Mora, Taylor was stripped because of legal matters.

Now, he has a chance to win his second middleweight title when he confronts Canadian David Lemieux on Fox Sports 2.

Lemieux is known for having a big punch but in an interview with RingTV.com, N’Dam says he has faced better punchers and isn’t too concerned with what Lemieux will bring.

“I have fought better punchers than him, and I have the ability to fight any kind of style and I will adapt to his style and beat him at his own game,” N’Dam told RingTv.com. “My performance was like that because of the experience with [Peter] Quillin. Yes, I am an outsider but I do my job like he was supposed to do. I fight and beat opponents at their own game.”

N’Dam feels his inactivity is because of fear. He feels no one wants to fight him.

“Yes, it was so long because I think I was going to fight Taylor after [Felix] Sturm and [Billy Joe] Saunders [passed up the opportunity] to fight me,” N’Dam said about his long layoff. “Many people were scared to fight me. I don’t know why. I have two hands and two feet.”

N’Dam says Lemieux can have all the advantages he wants, home field, home judges, and more of the money.

But come Saturday he says it won’t matter.

“Everything has been done to give you (Lemieux) the advantage but you will not have a chance. I also want you to be ready to put me in the spotlight because for it takes two to make a good fight.