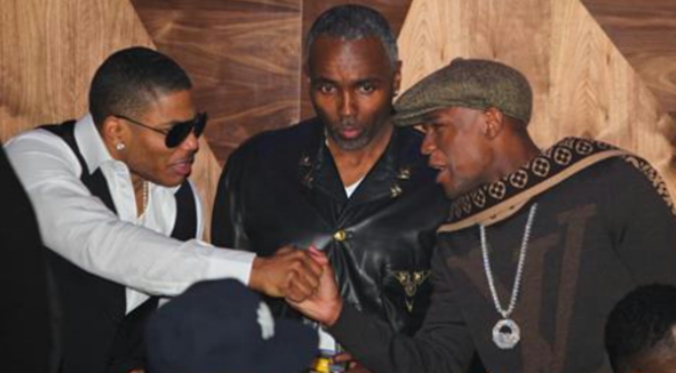 Recently Floyd Mayweather has released news about his ex-fiance Ms. Jackson having an abortion and dating Nelly whom the champion says is a friend of his.

Nelly decided to address the issue by going onto social media and said that he and Mayweather were never friends. They never hung out or exchanged numbers and he only took Ms. Jackson to a basketball game.

“Me and Floyd being good friends is a total shock to me since we never exchanged numbers, never been invited to a fight, never been to his house, never ate lunch, we never hung out anywhere other than seeing each other in the club,” said Nelly. “Floyd could be confusing his relationship with me with his relationship with My ex for whom he has exchanged numbers and has flown personally to attend his weekend in Michigan which I wasn’t invited (guess I wasn’t in the circle of friends then) lol. I have great respect for him as far as him being a true champion in his sport but homies?? Circle of friends?? Nah. Good luck to him keep making history champ.”

Nelly continued,” yo I would like to take this time to apologize to all the guys that I have been cool with their ex or child’s mother I truly did not know the strength of my powers!! If I can make the champion of the world the day before his fight lose his mind and tell lies like this all over a basketball game then there must be regular guys on rooftops looking for me through scopes! Please don’t shoot. I’m sorry. I have kids!”