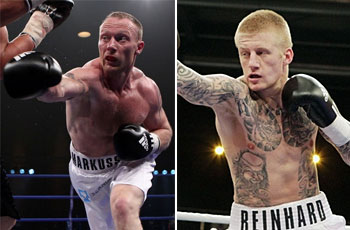 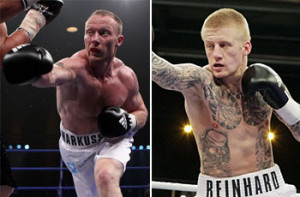 The Danish mega-fight between Patrick Nielsen (26-1, 12 KO’s) and Rudy Markussen (38-3, 25 KO’s) edges another step closer on September 12 as the bitter rivals share top billing at a star-studded Nordic Fight Night event at the Arena Nord in Frederikshavn, Denmark.

The two fighters have been on a ‘Collision Course’ since Nielsen moved up to super-middleweight in March. Following a war of words in the press, Markussen added further fuel to the fire by crashing one of Nielsen’s pre-fight press conferences.

With terms close to being agreed for a blockbuster showdown later this year; Nielsen and Markussen must now overcome a final hurdle in Frederikshavn as both men take on tough international opposition at the Arena Nord.

‘’I’m looking forward to getting back in the ring. I had a short break after my last fight but now I’m back in the gym, and the serious work can begin,’’ said Nielsen, who returns following a one-sided points victory over Charles Adamu in June.

‘’Every fight is a must-win fight for me now, and this is no exception. I want to look good, and I want to prove I’m ready for the big names in the division. I’m not worried about Rudy Markussen. He’s fighting on my undercard! I’m the A-side and he’s a has-been. After I win in Frederikshavn, Rudy can get it next!’’

‘’It feels great to be back,’’ said Markussen, a former European Champion and World title challenger. ‘’I can’t wait to brush off the cobwebs and remind everybody of what I can do. I’m a little wiser now. I’m living a healthier lifestyle and working hard every day. A lot of people have written me off – they say I’m too old and that I’ve been out of the ring too long, but I’m ready to prove them wrong. There is still a lot more I want to achieve, and a fight with Patrick gives me all the motivation I need!’’

‘’This is an exciting time for Danish boxing,’’ said promoter Nisse Sauerland. ‘’We have the biggest domestic fight in recent history just around the corner. On September 12, fans in Frederikshavn will have the chance to see both Patrick and Rudy in action, alongside a stacked undercard featuring the country’s top boxing talents including Micki Nielsen, Dennis Ceylan, Abdul Khattab and Rashid Kassem. We have some great fights lined up and will be announcing all the opponents in the coming weeks.’’

‘’We’re delighted and extremely proud to welcome the Nordic Fight Night back to Frederikshavn for a record seventh time,’’ said Per Malmberg, CEO of Arena Nord. ‘’Working with Team Sauerland we have played host to some fantastic boxing events in the past, but with the fighters confirmed, I believe this could be the best yet!’’

Tickets for ‘Collision Course’ featuring Patrick Nielsen and Rudy Markussen are on sale now via arenanord.dk. All the action will be shown live on Viasat channels in Denmark.