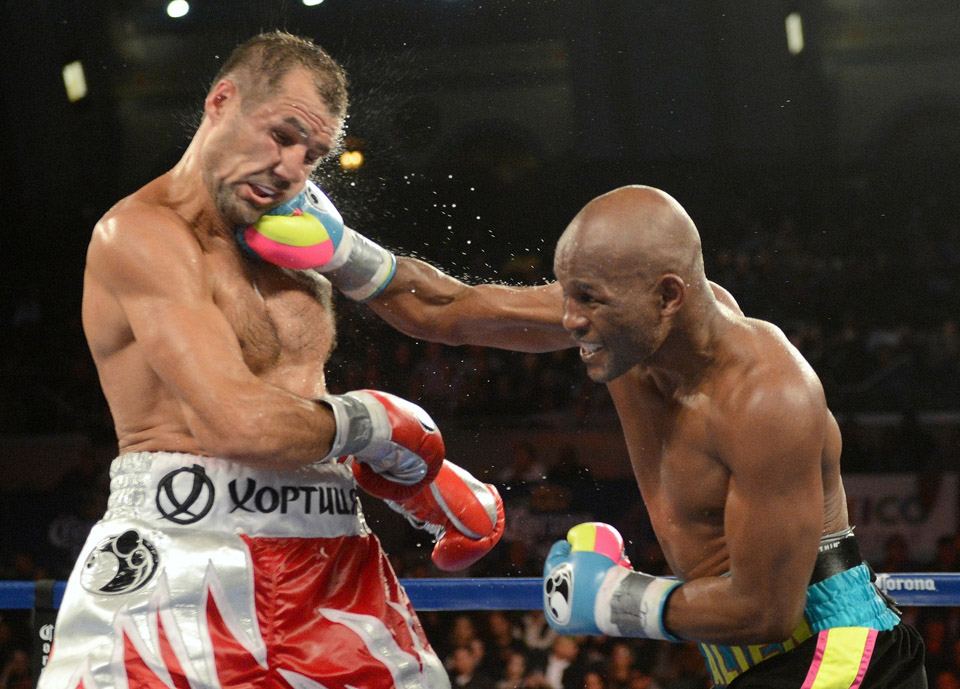 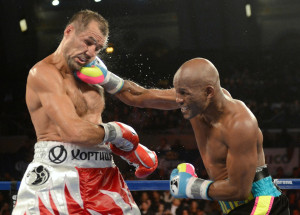 Sergey ‘Krusher’ Kovalev (27-0-1, 24 KO’s) will defend his WBA Super, IBF and WBO World light-heavyweight titles for the second time this Saturday at the Mandalay Bay Resort and Casino in Las Vegas, and was the embodiment of focus when he spoke to Seconds Out recently.

The Russian champion will be challenged by a fellow European in Frenchman Nadjib Mohammedi, who has just three losses in a 40-fight pro campaign with 23 knockouts to his credit; a fringe player in the 175 lb. division whose presence is welcome in the absence of a certain unification bout we shouldn’t give any time to here.

Nadjib has put together thirteen straight victories since 2011 to climb into the mandatory position for Kovalev having held French and European titles in the past.

The champion feels Nadjib -despite a few early stoppages on his resume- will enter the ring against Mohammedi in his most dangerous form yet, spurred on by the occasion and the opportunity to take over three quarters of the division’s top titles.

Kovalev is also conscious of this particular juncture in his career, performing in the fight capital of the world for only the second time, and anxious to entertain the crowds gathered to witness his celebrated power.

“I stay focused, and I’m ready for this fight 100% because it’s the biggest fight right now for me, I mean in Las Vegas. First time on TV, it means a lot you know? It’s pushed me. We’re both motivated, me as well. I’m scared to lose and give a bad show to the people. Right now, I’m very motivated and will do everything for the great show.”

There is nothing written in the stars or the form book that foretells anything other than a resounding Kovalev victory here. He has been gifted with hands of stone and a chin of granite to accompany a ruthless streak that becomes evident once he begins to hurt his opponents. Nadjib is a decent pro, but that is unlikely to be enough.