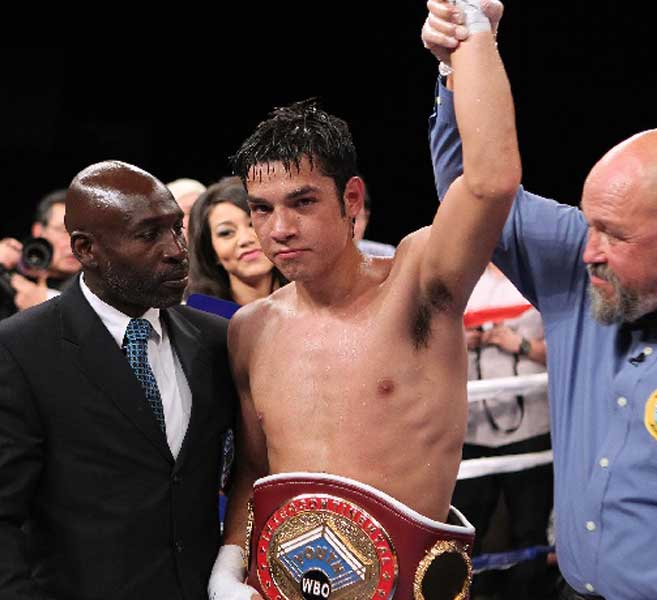 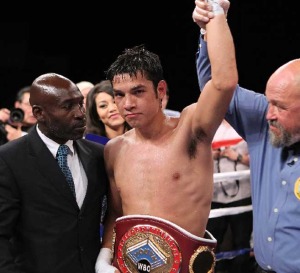 WBC Lightweight Champion Omar “Panterita” Figueroa will not be fighting for the remainder of 2014, but he will still be engaged in an internal embattlement  as he decides which side he chooses to fight for to start his 2015 campaign.

Figueroa will remain out of action due to the cut he suffered on his left eye stemming from a head butt in his August 16th bout against Daniel Estrada.

According to his father/manager Omar Figueroa Sr., the injury may lead to plastic surgery and it will take “between 75-100 days (to recover from).”

In an interview Figueroa Sr. gave to The Monitor, he says that Omar wanted to have one last fight to close out the year, but it won’t happen.

Figueroa is no longer under contract with Golden Boy Promotions. The deal ended in September and no new agreement has been reached.

Figueroa is managed by Al Haymon and it appears that his ties with Golden Boy will be severed heading into the new year, with Haymon potentially on the verge of creating his own promotional brand.

However, that doesn’t mean Figueroa is done with Golden Boy.

“We would like to stay with Golden Boy,” Figueroa Sr. said. “They came through for us. They promised Omar a world championship. They did a lot for Omar. Omar is one of their top fighters.”

It would be difficult to imagine a situation where Omar lands a new contract with Golden Boy and continues to stay under the Haymon umbrella. In the end, he may have to decide between the two. The Figueroa camp is obviously appreciative of what Golden Boy was able to accomplish with them in their time together, but that doesn’t mean they won’t look for the biggest offers.

Figueroa Sr. is confident that his son’s reputation as an action fighter will garner plenty of attention from other potential buyers.

“Omar is a world champ, so there are a lot of ways we can go. Whoever wants to throw numbers, we’ll see them,” Figueroa Sr. said.