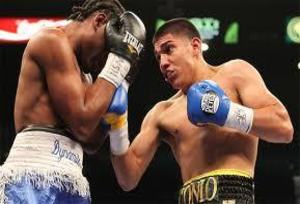 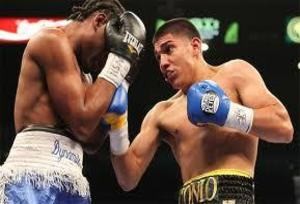 “I feel very excited for my next fight; they always say the third time is the charm and after two canceled fights I’m getting anxious for my return to the ring,” said Humberto Soto. “I’m used to fighting often, but now it’s been almost a year without fighting and as everyone knows, I couldn’t fight in Houston [on May 9] since my opponent was overweight. Then, the opportunity to fight for a new world title and an issue with my knee forced me to decline the fight. I’ve felt frustrated because I had been training really hard.”

Soto continued, “Now, we have Antonio Orozco. I haven’t seen much of his fights, but from what I’ve heard I know he’s very dedicated and holds a winning mentality. Orozco is young, undefeated, and he has to show everyone how far he wants to get in this sport. I’m his test, but I have the experience, and I have to make a statement as to why I’ve been a three-time world champion. I’ll show that I’m ready for this opportunity and for another world title.”

“I’m excited for the fight on October 3 against Humberto Soto,” said Antonio Orozco. “When you put two fighters of Mexican descent at StubHub Center in Southern California you know there will be a great fight. Thanks to Frank Espinoza, Oscar De La Hoya, Golden Boy Promotions and HBO for providing me with this platform. This will be a fan friendly fight.”

“This fight is a career-defining event for both Soto and Orozco,” said Oscar De La Hoya, Chairman and CEO of Golden Boy Promotions. “Both fighters have a lot to gain on Oct. 3, Soto is facing a young a ‘relentless’ fighter in Orozco, defeating him will prove that he still has what it takes in the world title game. This is also the toughest test to date for Orozco, going up against a three-division world champion like Soto could set him up for a shot at a world title. Both fighters have a lot on the line, which means Soto and Orozco are sure to make it an all-out war in the ring at the SubHub Center.”

A respected boxer from Los Mochis, Sinaloa, Mexico, Humberto “La Zorrita” Soto (65-8-2, 35 KO’s) has seen and done it all in the ring in his 18-year professional career. A former three-division world champion, Soto is a dangerous and hungry contender set on adding another title belt in his trophy case. Soto has won tough fights against Juan Carlos Abreu, giving Abreu his first loss, and the hard-hitting contender John Molina Jr. Undefeated since 2012, Soto is ranked No. 7 in the world by the WBC and No. 9 by the IBF. The 35-year-old is on track for glory once more when he faces Antonio Orozco on Oct. 3.

The undefeated Orozco is a native of Tecate, Baja California, Mexico, who fights out of San Diego and has won seven of his last nine bouts by knockout. Impressive victories over former world champion Stevie Forbes and seasoned fighters Martin Honorio, Ivan Hernandez, and Miguel Huerta have propelled Orozco to No. 7 in the IBF junior-welterweight world ratings. Most recently Orozco defeated fellow up and comer Emmanuel Taylor in May of 2015, setting the stage for his the toughest showdown of his career against the former three-division world champion Humberto Soto on October 3.