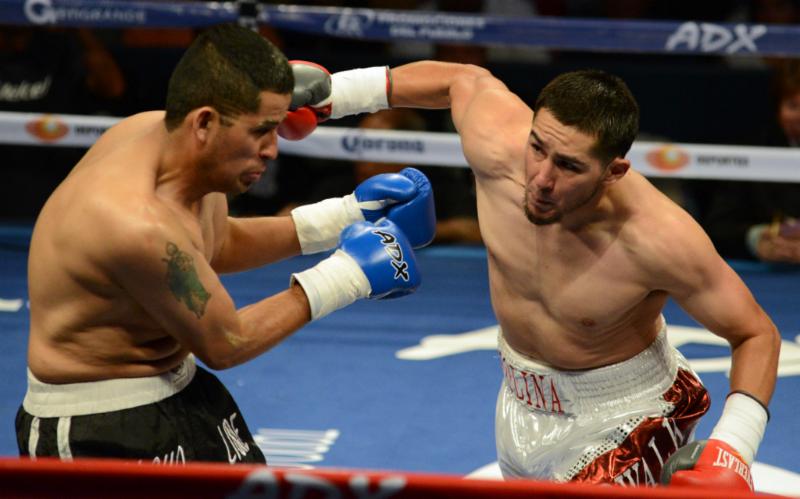 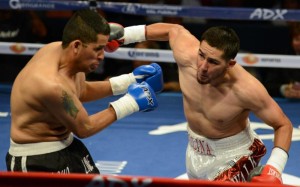 Heading into the biggest fight of his career, undefeated junior middleweight prospect Oscar Molina (13-0, 10 KOs) has dedicated this contest to the memory of Dan Goossen, his longtime promoter who passed away one year to the day when he will enter the ring against fellow undefeated prospect Domonique Dolton (17-0, 9 KOs) on Premier Boxing Champions (PBC) TOE-TO-TOE TUESDAYS on FS1 and FOX Deportes from The Pearl at Palms Casino Resort in Las Vegas (9 p.m. ET/6 p.m. PT).

Just days prior to the fight, Molina took time from his training camp in his native Los Angeles to share his thoughts.

On being signed by Dan Goossen in 2012 following his amateur career:

“Dan was like family to us, he signed my brother Javier in 2009 and when I came back from
the London Olympics (Molina was part of the Mexican Olympic Team), he was the first promoter I talked to about turning professional. Right away I felt very comfortable working with him.”

On Dan’s personality and promotional work:

“Dan always lit up a room, he was always in a great mood, and I always liked being around him. He genuinely cared about me and our family, and it was much more than a promoter/fighter relationship. That’s how he was to all the fighters; we were family to him.”

On dedicating the upcoming fight to him:

“It was an honor to fight for Dan, and I’m dedicating this fight to him. It’s still hard to
believe he’s gone, but I can win for him on Tuesday night, the one-year anniversary of his passing.”

“I beat him in the amateurs in 2007, but that was a long time ago. He’s the toughest opponent of my career, and we both have a lot to gain with a victory. He’s also got a lot of amateur experience, but we’ve put in the work for the victory.”

“I’m thrilled to be fighting on FS1, the whole world can watch me, this is great exposure for both of us and the sport.

Said Tom Brown of TGB Promotions, who worked with Goossen for many years, “This is a great opportunity for Oscar and one we feel he’s well prepared to be victorious in. Dan always thought he could be a world champion, and this is the next step.”