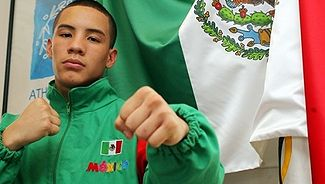 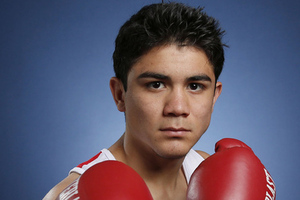 First off…forget about the Golden Boy-Top Rank cold war. Don’t think about networks. Look at the fight itself from a fans point of view. Oscar Valdez vs. Joseph Diaz Jr. is a mega-fight that should happen in the years to come and the rivalry can build up to Fernando Vargas/Oscar De La Hoya proportions or be a friendly fight between two fighters that want to put on a historical fan friendly fight.

The fighters are only one weight class within each other. Both had great amateur careers and impressed in the Olympics and since turning pro have been very busy building up their record with impressive wins. Speaking of the Olympics, if you take a look at the countries represented it can be a big issue more for the fans than the fighters. Both fighters are Mexican. Valdez was born in Mexico and represented Mexico in the Olympics whereas Diaz represented the United States where he was born. Non-Mexicans might not understand but there is a big level of competition level between Mexicans and Mexican Americans, just look at De La Hoya vs. Chavez.

Other than that both fighters are tremendously skilled and a fight between the two would be filled with fireworks.

You may not think it now but in the future it will be a fight that fans will want and need when the aging generation of stars are no longer fighting these two fighters will be at the top of their game and in high demand.