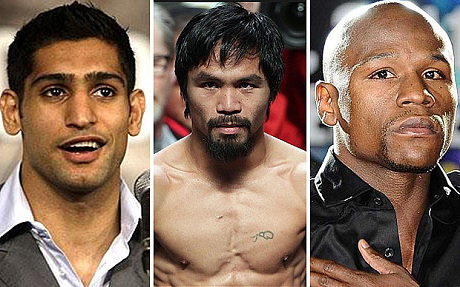 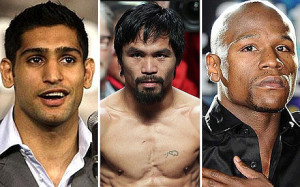 The Manny Pacquiao – Amir Khan fight can be made without the involvement of Al Haymon.

This is according to Top Rank CEO Bob Arum, who answered questions from the media last Friday at a dinner event.

Although Haymon advises Khan, Arum explained that Khan’s situation is different from other Haymon fighters.

“I won’t work together with Al Haymon,” Arum told FightHub TV. “Amir Khan, while he’s advised by Haymon, it’s a different kind of contract as I understand from the other fighters, and that Khan can make his own decisions.

“I have been dealing with the Khan team without Al Haymon, and I don’t anticipate any problems in that regard.”

Less than two months after coordinating to stage the most lucrative bout in the sport’s history, Arum filed a federal antitrust lawsuit against Haymon in the U.S. District Court of Los Angeles seeking more than $100 million in damages.

This also came nearly two months after Golden Boy Promotions announced that it had filed a federal lawsuit seeking $300 million against Haymon and his various business entities, alleging that they have repeatedly violated antitrust laws and the Muhammad Ali Boxing Reform Act – which is designed to protect fighters.

Khan believes a victory over Pacquiao, which is being negotiated for a potential spring date in February or April, could land him a fight with Floyd Mayweather Jr., who announced his retirement following a unanimous decision victory over Andre Berto on Sept. 12. However, there’s another fighter Arum has an interest in.

With a victory, he could also be in the sweepstakes for a date against Pacquiao according to Arum, who told Boxing Scene.com that a 144-pound catch-weight would be preferred because Pacquiao is not a true welterweight.

The only option that Arum has shut the door on for Pacquiao is a fight with former unified super lightweight titlist Danny Garcia.

“I don’t think Danny Garcia is truly a competitive fight with Manny. I mean Garcia had a couple of gift decisions that he didn’t deserve with [Mauricio] Herrera and the other fight [against Lamont Peterson], and I’m not really interested in Garcia.”