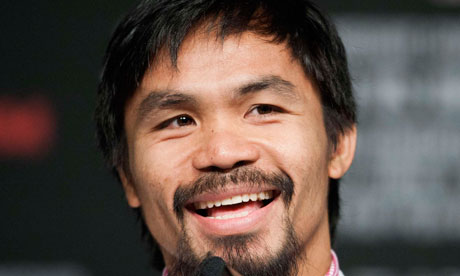 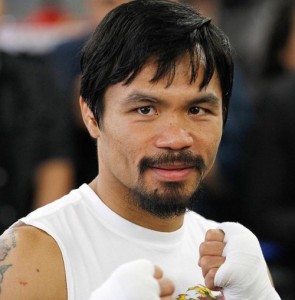 Who do we hold responsible for what was sure to have been the biggest, most exciting, and most called-for boxing match of the twenty-first century not taking place? Manny Pacquiao and Floyd Mayweather Jr have been doing an infuriating dance around one and other for over five years now. Both claim they want the fight and that the other man is ducking. Who do we believe?

The fact of the matter is that everybody involved in to blame. The fight was left to marinate too long and the juices have mostly dried up, but for every single fan that has salivated over it’s outcome for so many years the fight still needs to happen. Now, as the top two marquee names in the sport creep closer and closer towards their fortieth year, this match must occur as a matter of legacy, as neither man will want an asterisks next to their record in years to come.

That is the perspective of a fan. But, if I had sixty-three contests with fifty-six wins, too many titles to count, and superstar status under my belt like Pacquiao does, perhaps I would place less importance on a Mayweather fight. When the ‘Pacman’ was interviewed by Tha Boxing Voice he was asked whether he felt he needed the Mayweather fight to close out  his career. He replied, “Being realistic, if it happens or not happen I’m fine. I’m not the one who’s ducking”. He followed the statement with a sidewards tilt of his head that seemed to suggest he was stating the obvious.

The response was expectedly blasé but he was slightly more forthcoming when pressed further and asked if he was optimistic that the fight could possibly happen next year: “Well there is serious negotiations right now, I always give hope, a chance to make it happen, but right now I’m not thinking about that, I’m thinking of my next fight on November twenty-second against Chris Algieri.”

It is reassuring he says he is not planning to let the prospect of a mega-money-match-up with Mayweather be scuppered by an Algieri upset in a couple of months time, but it is difficult to decipher the wood from the trees when either Pacquaio or Mayweather is questioned on the matter. I’m sure fans of both fighters would love to believe that their man is not to blame but if everybody involved wanted it to happen, it would have happened by now. This may just end up being one of those ’Sugar’ Ray Leonard – Aaron Pryor situations.