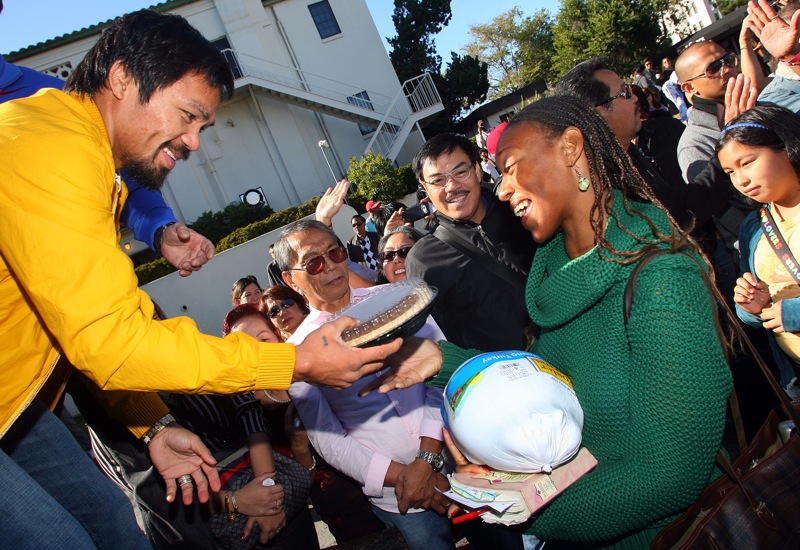 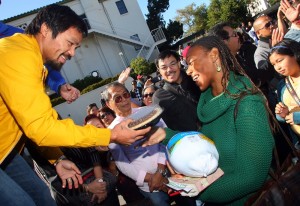 Top Rank founder and CEO Bob Arum, is not too pleased with former eight-division champion Manny Pacquiao for canceling a scheduled check-up with his surgeon.

“As far as I’m concerned, he’s not an active fighter,” Arum said.

Dr. Neal ElAttrache performed surgery on Pacquiao’s right shoulder to repair a torn right rotator cuff suffered during his unanimous decision defeat to Floyd Mayweather Jr. on May 7th, five days after the most lucrative bout of all-time had concluded.

Arum confirmed that Pacquiao’s appointment was initially scheduled for July 4th at the Kerlan-Jobe Orthopedic Clinic in Los Angeles.

“Pacquiao was supposed to come over to see the doctor and for some reason he decided to cancel it. So, he’s not acting very professionally,” Arum said.

However, according to Boxing Scene, it seems that boxing isn’t on Pacquiao’s mind, but human rights work.

Days before Pacquiao was scheduled to see Dr. ElAttrache, Pacquiao traveled to Indonesia to film a commercial and to visit a fellow Filipina on death row.

Mary Jane Veloso was arrested in Indonesia in 2009 after 2.6 kilograms of heroin was found sewn into the lining of her suitcase.

The news website Rappler described Veloso as “desperate and too trusting,” and fits the profile of a human trafficking victim.

Derrick Arnold Carreon, the Director of the Philippine Drug Enforcement Agency, in a podcast interview with Rapper, stated that Filipinas are easy targets of small-scale West African drug syndicates due to their “amiable personality and trustful nature.”

Pacquiao, who has served as a Congressman in his home country since 2010, also believes Veloso is a victim of human trafficking.

“We’re hoping to help save Mary Jane’s life. I think Mary Jane is a victim of human trafficking,” Pacquiao said.

Arum, on the other hand, says that his fighter’s priority should have been his doctor’s appointment, not Mary Jane Veloso.

“He’s a grown man, and he makes his own decisions, but as far as I’m concerned, he’s not an active fighter.”