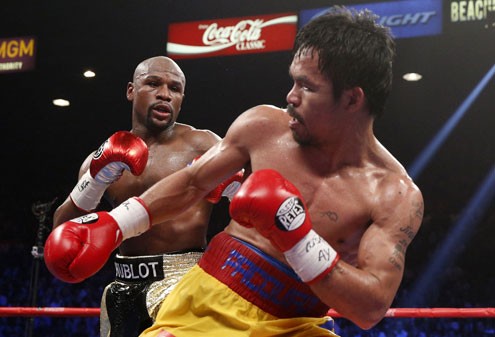 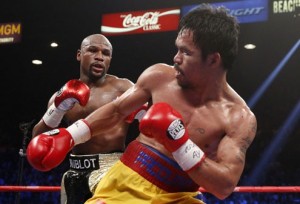 Keith Thurman is never one to not say what’s on his mind. In an interview with On The Ropes Boxing, Thurman let it all out on the fight that was Mayweather-Pacquiao.

“It is what it is,” Thurman said. “People talked to me about that as soon as the fight happened and I told them that shoulder injury or no shoulder injury, Manny Pacquiao was never going to beat Floyd Mayweather. At the end of the day it’s almost apples and oranges, Manny Pacquiao is not used to fighting fighters that have the fight style that Mayweather has, who uses their athleticism around the ring.

Thurman feels that Pacquiao just didn’t have the tools to beat the type of fighter Floyd Mayweather is.

“Pacquiao looked the best when he was fighting people who were flat footed, people that maybe moved a little bit but moved slower. I just don’t think that Manny Pacquiao really has the goods to beat an athlete like Floyd Mayweather.”

As for himself Thurman wants the chance to fight a man he was supposed to fight years ago in Marcos Maidana.

“I almost feel like it changes every year. In boxing things shift so rapidly but I’ve already told the fans that I would love to face Marcos Maidana; I would love to have that fight for the fans. He’s another power puncher, has good experience, fought Mayweather twice. Outside of him, there’s Kell Brook, there’s Amir Khan, there’s Shawn Porter.”

But he knows the business of boxing too well and knows he may not fight all the names, so he’ll take them as they come.

“I think there are a lot of great fights in the welterweight division. I really don’t have my eyes set on nothing special and I don’t really dream about fights anymore, I just take them as they come. I’m gonna be here for a long time and I think in due time I’m gonna get everything that I want out of the welterweight division, but we just have to take our time. We have to fight one fight at a time and I’m really looking forward to the next one, I’m hoping to make something good happen.”