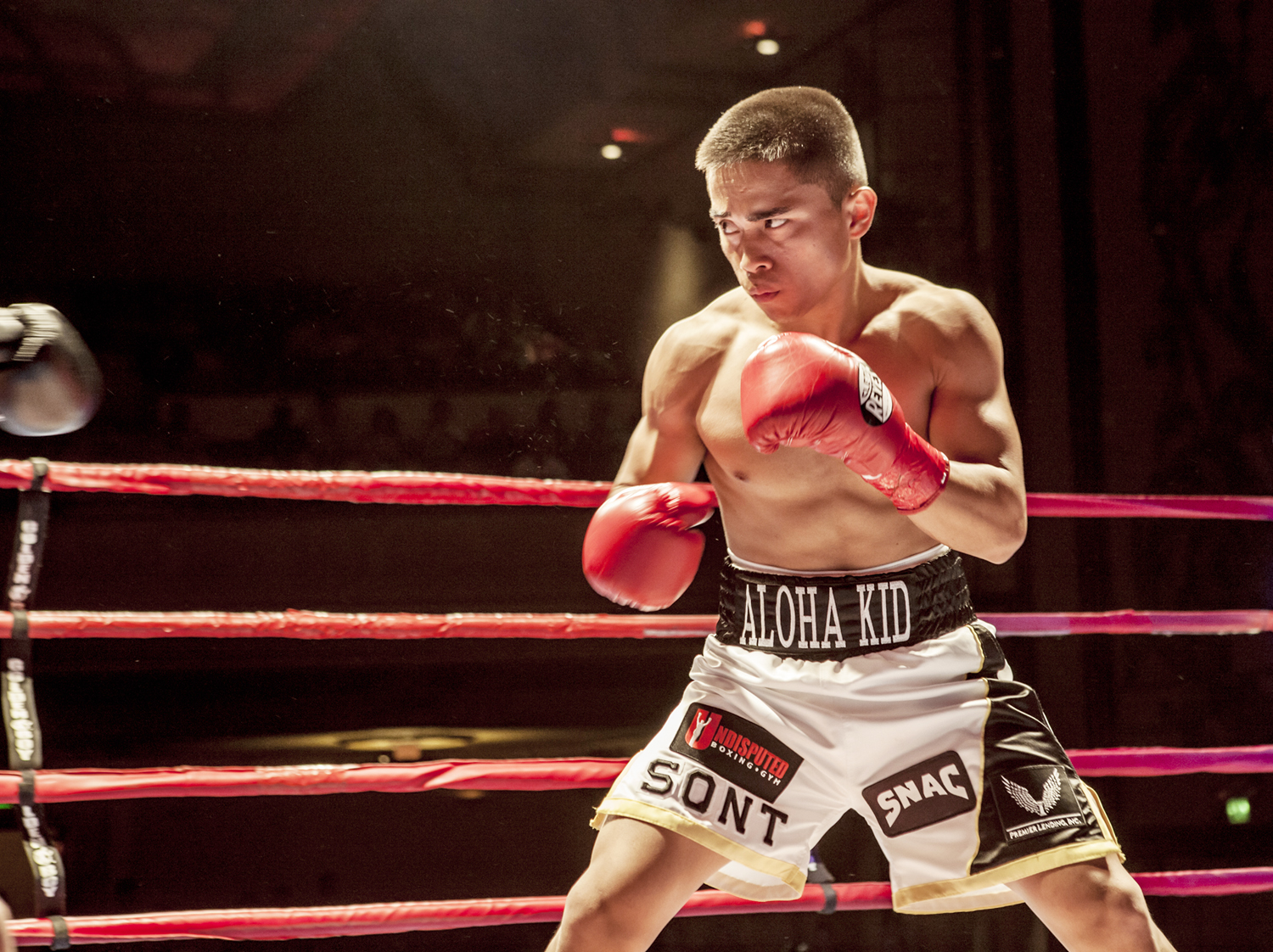 It was one year ago, Bruno Escalante headlined the Fox Theatre in Redwood City, CA. The crowd was sold out, people were out front that night trying to buy tickets to get in. Nonito Donaire stood in the walkway as Escalante walked to the ring shouting, “Let’s Go!” It was a moment of star stuck awe. Knowing that Escalante knows Nonito Donaire causes us to assume that he is important. One year later, Bruno Escalante walks to the ring with his team as a packed house waited in excitement.

“I don’t feel much of a difference between now and then, none,” Escalante said reflecting on the two fights in the same venue.
Escalante fought frequently last year five times, and was tested against Joseph Rios. He earned a regional belt in the process against Mike Ruiz Jr. who allowed him to show off his incredible speed. Against Lorenzo Trejo on Friday night, it was as if Escalante felt the pressure and heighted expectations coming into the New Year. The result, a first round knockout, a body shot that hurt Trejo bad and may have finished him. Escalante then caught him with a hook to the cranium just for good measure.

The finish was spectacular in my opinion, since Trejo’s only chance against Escalante was in the first two rounds when he was fresh and had one punch KO power. Escalante at times likes to exchange, and could get caught if he gets caught in those type of wars. Escalante was able to outbox Trejo using his speed to dishearten Trejo, set up traps with pitter pat punches that set up the final combination which was simply stunning. Escalante fought Trejo’s fight in a way, and beat him at it.

The next question becomes, who does face next? Escalante is the number two, junior bantamweight in the world right behind Matthew Villanueva, the only man to beat Escalante. The rest of the fighters on the list Escalante has either beaten or they just don’t really standout, minus Luis Yanez, a young prospect. With how Escalante is looking as of late it is hard to believe that he would get thrown in against Escalante that fast.

Escalante, who returns to action April 5th in Brooks, CA at the Cache Creek Casino & Resort, had no opinion on the matter, “I like the way my career is going and the way I am being managed, so I will leave it up to them.”

Since we are having fun talking about “what ifs” there is one big “what if.” I think the world would like to see, Zou Shiming vs. Bruno Escalante. Shiming, who should get a title shot by the end of this year for one of the four major belts, is one of the biggest sports stars in China and Escalante’s heritage of Phillipine-Hawaiian could make that a big fight in Asia, on top of the backstory. Escalante fought Shiming as an amateur when he was very young and lost, but a lot has changed since then.

For Escalante there is one goal, winning entertaining fights and for the past two years, Escalante has done that effortlessly. Escalante is making his name known in a weight class known for fighters who are unable to get their name out there, especially in the United States.