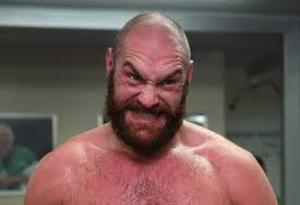 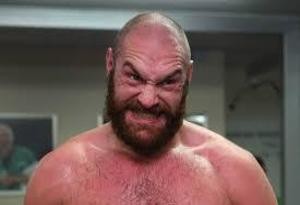 Wondering what Tyson Fury is doing while not going rampant on Twitter? Well, he’s actually training for a world title fight against one of the most dominant heavyweight champions of any era in Wladimir Klitschko on October 24th in Germany. Peter Fury, his uncle, and head trainer issued a statement to the press in regards to training for the massive heavyweight clash.

“Although we contemplated basing ourselves in Ireland for The Big One, we’ll now be in England for the full duration of the camp and then go to Germany one week before the fight. We’ve got a lot of help here and a set-up already established here. It just made sense, I think, to stay in England for this [Wladimir] Klitschko fight. At this point in camp, the work is very focused and intense. The sparring started on Monday and Tyson is well on target. He knows what game plan he has to use, and we’re working towards that strategy on a daily basis. We’ll keep working and working on it until it becomes second nature.”

Fury touched upon the sparring for his nephew, bringing on big fighters from all over the world.

“Obviously, Tyson should be in very good condition by the time the fight comes around. He should be more than able to go 12 rounds at a very good pace. In terms of sparring, we’ve brought in people from America, France, and Germany and everywhere in between. We’ve got between eight and ten sparring partners, and they’re all very tall – in and around the 6’6 and 6’8 region. Also, I’ve gone for a lot of young, fresh blood this time. I haven’t gone for experienced veterans. They’re all sort of 8-0, 12-0 and 16-0. They come with that bit of hunger and ambition. They come trying to impress. And that’s what we need. We want a good spar from them. We don’t want these over-the-hill but highly-rated veterans who just come over for a quick payday. It’s been difficult finding these guys, of course. The problem we have is that Wladimir Klitschko’s team will be looking at the same sort of sparring partners as us. They too want guys who are upwards of 6’6. It’s basically a case of who gets there first. We’re looking at a lot of the same people.”

Fury has gone outside the box and even added kickboxing sparring fighters for camp.

“I’ve got the Glory world kickboxing champion Rico Verhoeven over and Tyson’s getting some good work out of him. I’ve also got an Armenian K1 fighter who is ranked in the top five in the world. So we’ve got a lot brute strength in there. These kickboxers don’t mess around. They don’t bring complaints. They get hit and keep coming forward. They’re not afraid of getting hit or being involved in a war. It’s second nature to them. They’re big, strong, and they can box as well. We’ve got the best of both worlds really. They can box well, and they’re also incredibly tough and durable. They don’t mind getting wet. Remember, a kickboxing match is a very short and intense fight. There’s no real feeling-out process. These men are used to getting in there and getting down to business very quickly. They’re rough, tough, fighting men. So, as you can imagine, they fit in very well here.”