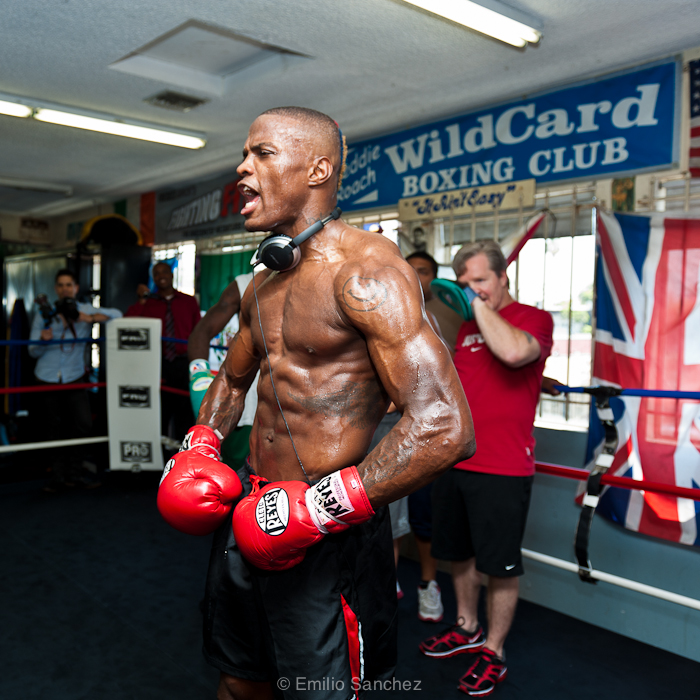 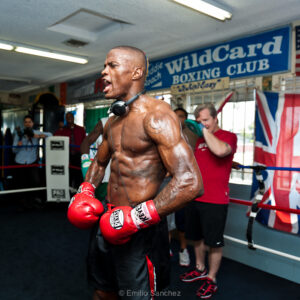 Ever since he dropped the WBO middleweight title, it has been awfully quiet around Peter Quillin. The 31-year fighter from Brooklyn, New York haven’t been in the ring since April, when he defeated Lukas Konecny. Time for ThaBoxingVoice.com to contact the fighter to find out what is up.

Quillin told us that he expects to be back in the ring early next year.
“It could be like the end of January or the beginning of February”, Quillin stated. “I’ve been promised a certain amount of fights next year. And I try to stay on that schedule. In the meantime, I work hard, stay active and keep a fighters lifestyle.”
On what kind of opponent fight fans can expect Quillin stayed rather vague.
“Of course I wanna be in there with the best fighters, fighters who are on my level. But when we sit together with the people I work with and come up with a plan, we gotta stay on that plan.”
Quillin continued about the people he works with.
“I try to make the best for myself in this sport. And the people I work with, they make sure that they put you in the right fight for the right money. I work hard, I train hard, we as fighters have to make sure that we get the best possible deals out there. That is what the people I work with do best.”
“It is funny. People like to talk crap about Al [Haymon], but you never hear the fighters talk bad about him. Look at Andre Dirrell. He went his own way with 50 Cent. But he ended up coming back and is now at a great position. I am really in good hands. That is why I stick to the plan Al comes up with.”
Obvious future opponents for Quillin are Daniel Jacobs and Jermain Taylor. Both fighters are also signed to Al Haymon and both fighters hold portions of the middleweight championship. We tried to find out if ‘Kid Chocolate’ has a preference on which of the two he rather wants to face.
“I have never been fearful of another man. I am willing to fight anybody. I am ready for the best. If it is the right time for the fight, according to the people I work with, then it is all good to me.”
This Saturday on HBO, an interesting matchup in the middleweight division takes place between David Lemieux and Gabriel Rosado. To conclude the interview we asked Quillin what he thinks of the upcoming fight.
“From what it seems, Lemieux has kind of reinvented himself. He is getting better as a fighter. He is a har punching guy who sometimes got himself in trouble because he was too courageous. Gabe is a real fighter, I take nothing away from him. Gabe has some real die-hard fans, but they want to see him get a win. We will see what will happen. It is an important fight for both guys.”
Tweet