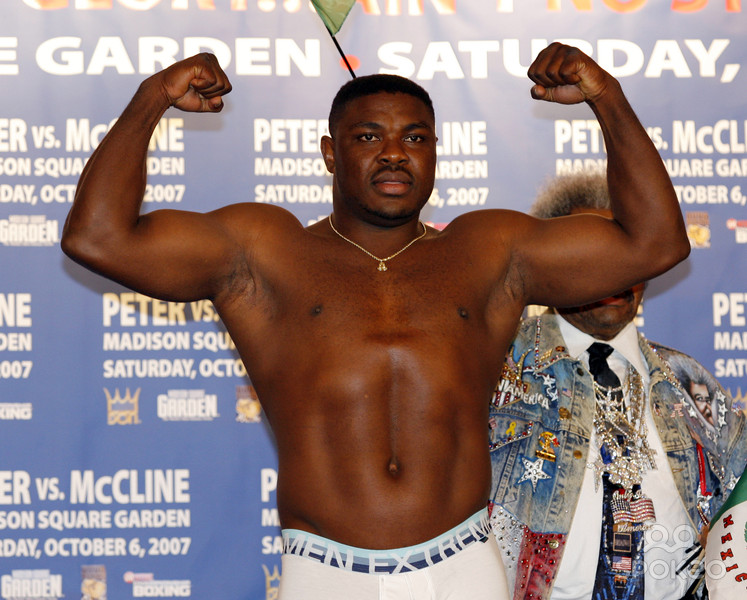 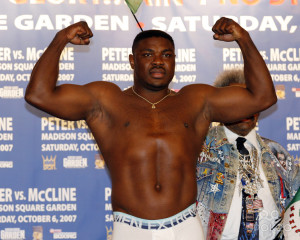 The opponents have been announced for the co-main events on Saturday, September 27, 2014’s, “Rumble on the River” at OKC Downtown Airpark in Oklahoma City, presented by Ivaylo Gotzev and his Epic Sports and Entertainment.

Having been on the world stage for most of his career, the 34-year-old Peter will have the edge in experience, but Aubrey will have his army of fans in his corner, cheering the powerful strongman onto pull the huge upset. Someone is surely going home sore and disappointed in this war of big men.

“I am happy to be back in boxing,” said Samuel Peter. “I will dedicate myself to winning the heavyweight championship once again. I’m ready to knock out anyone who stands in my way.”

Meanwhile, Aubrey says he has a surprise waiting for Peter.

“He’s got more experience,” admitted Aubrey, “but I’ve been in hundreds of brawls in my lifetime. I’m not intimidated by him. He’s the better boxer, but I’m the better brawler and that’s what kind of fight it’s going to be. I’ve already got 12 knockouts in the ring and Samuel Peter is going to be my lucky number 13.”

It will be Mayorga’s first fight since his brave stand against Miguel Cotto in March of 2011. He has tried his hand at MMA and taken considerable time off, so it remains to be seen if “El Matador” can still throw the bombs like he once did against some of boxing’s biggest names.

Tickets for “Rumble on the River” start at $25 and are available at any Buy For Less location or online at www.airparktickets.com. VIP tables are also available by calling 818.575.0151.

The “Rumble on the River” undercard is incredibly well put together, featuring several prominent local names in surprisingly competitive bouts. An announcement will follow shortly.

On fight night, doors open at 7 pm and the action starts at 8 pm. OKC Air Park is located at 1701 S. Western Avenue in Oklahoma City. All bouts subject to change.
Tweet