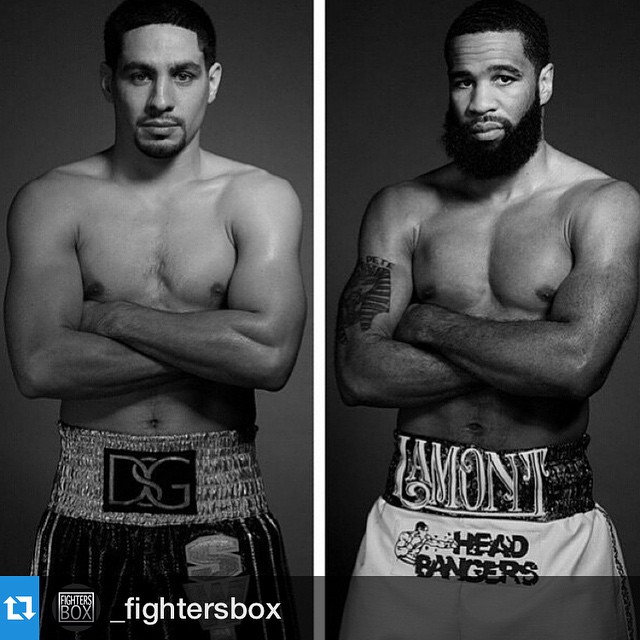 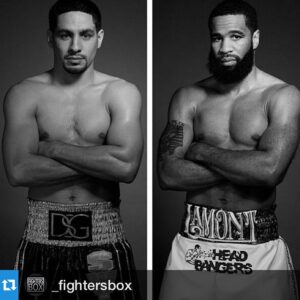 IBF World super-lightweight champion Lamont Peterson(33-2-1, 17KO’s) was heavily bearded and soft-spoken when a member of the Esnewsreporting.com team interviewed him after he weighed in for his fight tonight against WBA super, WBC and Ring Magazine champion Danny Garcia(29-0, 17KO’s).

Despite a plethora of titles that could be on the line, this twelve round affair in Brooklyn, New York will be held at a catchweight of 143.lb. Meaning nothing is up for grabs except the scalp of each fighter. Nevertheless if we are still getting to see two champions face off against one and other, and this fight takes on extra significance as it will reach a far larger audience on NBC’s ‘Premier Boxing Champions’ broadcast than it would have on either Showtime or HBO’s PPV model.

Peterson, who is still trying to recover lost ground after a third-round TKO loss to Lucas Matthysse two years ago, will be looking make a statement tonight and hopes his ever-present body attack will do the trick against Garcia.

“It’s always the game-plan for me to go to the body. The head is pretty small; it can move pretty fast. A lot of people can slip[punches to the head] but a lot of time you can’t slip body shots, you can try and block ‘em but even if you block ‘em you still feel some effects. It does so much damage to your body man; it’s only right to go there. I like to slow fighters down so I can take advantage of them.”

Peterson is not the archetypal body-puncher who marches forward with his fists at his chin, pinning his man against the ropes before letting go his hands. He has the ability to use his feet and speed to stay out of punching range and often does, but he has also shown in his last two outings against Dierry Jean and Edgar Santana he can be equally elusive in close quarters.

Which bodes well for him when he chooses to attack Garcia’s body. However, Garcia times his opponents very quickly -see the Amir Khan fight- and once he has identified a rhythm begins to throw bombs whilst gloves are still flying his way, which compounds the force of his punches as the other guy is exposed when they land.

He noticeably favours the right hook to the body followed by the left hook to the head and does serious damage when he lands those shots. If this fight ends up in the proverbial phone booth the spectators will be in for some brutal exchanges, and we will see who is the more resistant competitor if that kind of action is kept up for prolonged periods.