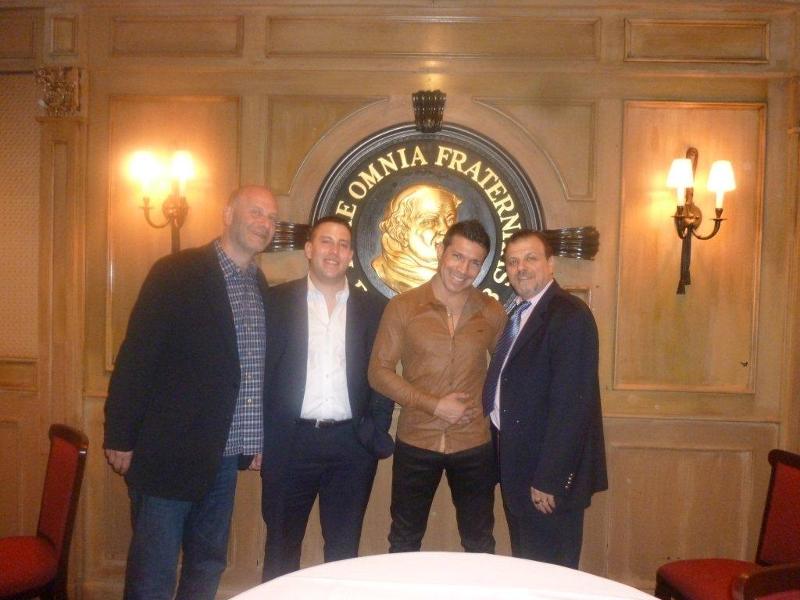 “I am honored to be invited again to the International Boxing Hall of Fame, and I am looking forward to participating in the weekend’s festivities and meeting all of the boxing fans that will be in attendance,” said the WBC champion and one of boxing’s top pound-for-pound fighters in the world Martinez.  Martinez will attend the weekend festivities with promoter Lou DiBella and longtime advisors Sampson Lewkowicz and Nathan Lewkowicz.

On April 27, Argentine-native Martinez successfully defended his championship for

the sixth time in a glorious homecoming televised live on HBO, in front of 50,000 rabid Argentineans at the country’s famed Club Atlético Vélez Sarsfield, in Buenos Aires, Distrito Federal, Argentina, against England’s Martin Murray. Last night, Martinez met with HBO executives last night, to begin discussions for his next title defense.  Likely to take place in early 2014, Sergio’s next bout will be his 11th straight on HBO, since first appearing on the network in2008.  Martinez hasn’t lost since 2009 when he dropped a highly disputed majority decision to Paul Williams in what was named the 2009 “Fight of the Year”.  Martinez avenged that defeat one year later with a scintillating second-round KO over Williams. The one-punch KO was hailed as 2010’s “Knockout of the Year”.  Martinez’ last seven opponents (in order: Kelly Pavlik, Paul Williams, Serhiy Dzinziruk, Darren Barker, Matthew Macklin, Julio Cesar Chavez Jr. and Murray) have had an astonishing combined record of 234-5-2, with Dzinziruk, Barker, Chavez Jr. and Murray all coming in undefeated.

In addition to meeting with HBO and attending to other business, Martinez plans on dropping by Macklin’s training camp to wish his former foe, and now friend, luck for his upcoming title challenge against Gennady “GGG” Golovkin on June 29, live on HBO at the MGM Grand Theaterat Foxwoods ® Resort Casino in Mashantucket, Connecticut. Macklin, who recently opened his brand new state-of-the-art training facility in Martinez’ adopted country of Spain, is now preparing for the world championship matchup in NYC with head trainer Buddy McGirt.