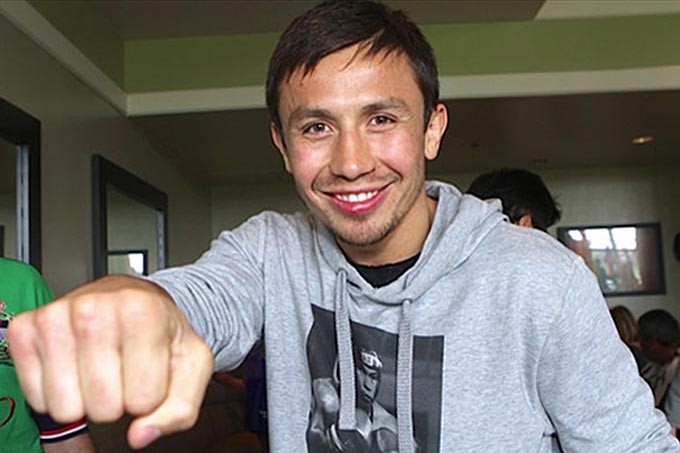 The WBA middleweight champion is 30-0 with 27 knockouts after annihilating Australia’s Daniel Geale, who was said to be Golovkin’s toughest challenge at the time. It is the same rhetoric that was spewed when it was Matthew Macklin’s shot against the God of War. Like Macklin, Daniel Geale really had no shot. I predicted a third round KO or stoppage, which turned out to be exactly true.

Is Gennady Golovkin the real deal? You bet Golovkin is the real deal. He has devastating punching power, agility, and ambition like no one has ever seen. Golovkin is one of those athletes that does not like to win by decision. This is a fighter that is there to put on a show. If he is in the ring, someone is going to go down.

A fighter like Golovkin is glorified in this sport, however, Golovkin-Geale tanked in the television ratings, drawing less than 800,000. How could a boxer like Golovkin earn those sort of numbers?

It is simple. Golovkin needs to fight a signature opponent that could make him like a Manny Pacquiao, Miguel Cotto, or a Floyd Mayweather Jr., but he does not have that opponent at middleweight. Golovkin is in a tough position. There have been a lot of rumors spreading about Golovkin fighting Julio Cesar Chavez Jr., a fighter that does not appear too interested in fighting anymore. Chavez Jr., the son of Mexican legend Julio Cesar Chavez Sr., tested positive for cannabis after a loss to Sergio Martinez in 2012. Chavez won a disputed decision in September 2013 against Brian Vera and also won in the rematch this past March.

It does not seem feasible for Golovkin to go down in weight, especially at the age of 32. A fight with WBO middleweight titleholder Peter Quillin would be exciting, at least for boxing fans, but the TV network war would ensue once again, as Golovkin is committed to HBO while Quillin fights for Golden Boy, which works almost exclusively with Showtime.

What has Golovkin’s team continued to do? They have set up bad fights, box office failures as they call them in Hollywood, despite the fact that Golovkin’s fights should be doing much, much better. What does Golovkin have to do? He has to go out and find himself a better team.

Golovkin calling out Miguel Cotto could be the greatest decision of his career. Cotto is a fighter that is not afraid of anyone and his legendary trainer, Freddie Roach, really loves to boast about how amazing his fighters are. It would be a fight that I can see going the full 12 rounds. This can only happen if Golovkin increases his marketability and it all starts by conducting good business.

What if Cotto chooses not to fight Golovkin? The God of War might not have a choice. He might just have to move up to super-middleweight and fight Andre Ward. WBA champion Carl Froch has already said that he thought a fight with Golovkin would be too dangerous. Instead, Froch is in negotiations to fight Julio Cesar Chavez Jr.

The fans need to have a say in this. Who in their right mind would want to see Froch fight Chavez Jr. over Golovkin? In order for this proposal to work, Froch is going to have to want it himself, but as I said Froch appears to be concerned about Golovkin’s punching power, which is completely understandable. But, think of it in this manner, would Carl Froch gain more respect from boxing fans by fighting Gennady Golovkin to the very end and losing, or would he gain more respect from beating George Groves? This is a fight that both of these men need and it is certainly a good alternative if Golovkin is unable to book a date with Cotto.

Management needs to push for either of these two bouts. If they put another over-hyped, mismatched fighter in the ring with Golovkin, it will be another one-sided, bloody massacre, and Golovkin will never be a star if he continues down this path. Keep in mind Golovkin is 32 years of age, he cannot fight like this forever.