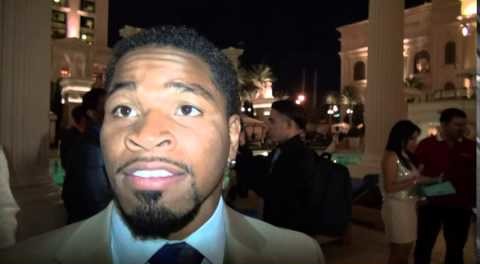 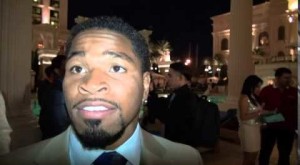 In boxing, new terms are added to the dictionary all the time it seems. When Mayweather-Pacquiao was in the works, we heard “A-side” and “B-side.” Now, we hear it on the daily.

The term ‘cherry-picking’ has been around for a while, which in boxing means to selectively choose the most beneficial opponent, even if it means a total mismatch.

Shawn Porter has been accused of doing just that. He fought Adrien Broner in June – a three-division champion who has struggled in his transition to the welterweight division– and recently announced his intentions to fight Danny Garcia, a former 140 lb. titlist who fought his first bout at the full welterweight limit of 147 lbs. on Saturday.

When this was brought to his attention, Porter’s facial expression immediately said, ‘I disagree,’ and his reasoning was articulate.

“With that being said, it’s time for him to step up.”

The last time I checked, Adrien Broner forced Shawn Porter to fight at a catch-weight and added a rehydration clause, which was later nixed by Al Haymon himself, and he went on to win the fight convincingly.

Porter took a fight that many people thought he would come out on the short end of the stick because of the catch-weight, but his team put together a game plan, which was nothing more than a natural lifestyle change. There was no need to kill and he looked as fresh as he ever has.

Regarding a potential fight with Garcia, Porter would like to fight at either the MGM Grand or the Barclays Center.

A rare breed in boxing, Porter doesn’t care about whether he is the A-side or the B-side – he just wants to get it on – as long as the fight is at the full welterweight limit.

Could Garcia-Porter be a Christmas gift this holiday season? Let’s hope it is.