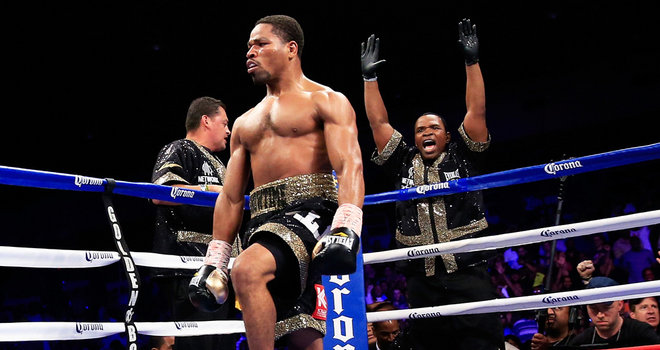 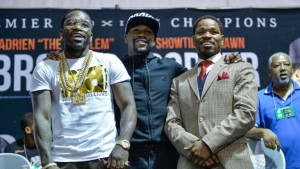 In a special Boxing Voice exclusive, a behind-the-scenes video of Shawn Porter weighing in after the official weigh-in shows that only hours after hitting the agreed upon 144lb catch weight for his fight against Adrien Broner Porter is now at 153.8 pounds.

The hydration clause instituted by Adrien Broner that said Porter couldn’t weigh more than 10lbs the morning of the fight is officially out. Ken Porter told Thaboxingvoice.com this morning that no contract had been signed for such a clause to take place and there was some unsureness regarding the weigh in altogether.

Speculation grew later in the day that the hydration clause would officially be cancelled, and Ken Porter gave Thaboxingvoice.com confirmation once he found out for sure.

Without the hydration clause, Porter is free to weigh in at whatever he wants tomorrow. He is already at 9 pounds of the catch weight and it stands to reason that he will be over 10 pounds by fight night. Still, I wouldn’t expect Porter to be super heavy because he is always in great shape and it appears as though the cut was done right.

As for Broner, who weighed in at 143.5 at the official weigh in, he deserves credit for not subjecting Porter to the weight clause, although he will likely pay for it tomorrow in one way or another.