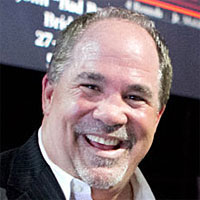 Hitz Boxing Entertainment founder and promoter Bobby Hitz is a man who wears many hats, and tomorrow night he will showcase his acting talents when he plays the owner of a boxing gym on the hit NBC police drama Chicago PD.   It isn’t a stretch for Hitz, whose acting credits include a recurring role in the TV series Mob Doctor.  “I’ve been auditioning for various roles on the show, and am pleased to have been cast in the role of the boxing gym owner. I am hoping it leads to a recurring role in the show,” said Hitz. “It was great to be cast in such a terrific show that showcases my good friend and boxing aficionado John Seda. That makes the experience all the more rewarding.”  Seda plays straight-arrow detective Antonio Dawson on the NBC show.

Seda is an avid boxing fan, having been an amateur boxer in his youth.  Seda has attended several Hitz Boxing events, and is a personal friend of Bobby Hitz.  “I love boxing. It’s something that’s a big part of me.  I fought in the 1989 New Jersey Golden Gloves and took runner up,” said Seda.

For his part, Seda is pleased to work with Hitz on Chicago PD.  “I just think it’s so cool to have someone like Bobby HItz as a part of our show. He brings such a uniqueness and such a real taste of what the boxing world is like. Bobby has his boxing background, and he’s the top promoter here in Chicago. I go to a lot of his fights, and a lot of the cast goes to his events. It’s just a great thing to have him on the show. It really helps us, shooting in Chicago, bringing out the best of Chicago. He’s one of those guys – he’s so well known in Chicago, especially in the boxing community. I just think it adds such an element of realism to have Bobby involved.”

Seda is also hoping that Hitz’s character becomes a recurring role.  “They’ve established that Bobby’s character owns the gym in the show.  Now that it’s established, and with my character’s having a boxing background, it’s limitless what they can do story wise in the future. I believe there will be future scenes that tie Antonio back into the gym. I’m talking to the producers about it…when we have Bobby it opens the door to having different story lines. That’s something I see in the future.”

Hitz hopes to see Seda become more involved with Hitz Boxing.  “Boxing is what brought us together,” said Hitz.  “He’s an actor, and I’ve always been a fan.  It’s the icing on the cake that we both have this love of boxing, and I’m looking forward to seeing how we can work together to bring Hitz Boxing to more fans in Chicago.