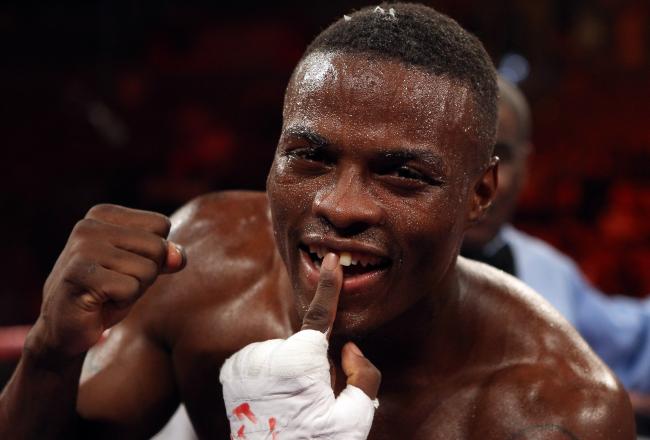 Quillin utilized his jab in the early going, but it didn’t take long for him to make his right hand the centerpiece of his power production. The shots were coming at Zerafa hard and he continued to lower his head in certain exchanges; it could’ve been an inexperienced move or it could’ve been the power forcing his hand.

The game plan for Kid Chocolate was obvious, he was trying to set up something big. For Zerafa, he was able to work in a way that made his lack of power a futile point.

The fight really started in the 4th round as Quillin began to open up his offense a bit more and unleash his power with less down time in between. He was able to land some hard right hands that rocked his opponent’s head back.

But Zerafa would not be outdone. After getting hit with a hard right hand, Zerafa was able to land his own well-timed right hand. There wasn’t much aggressiveness coming from Zerafa, but he was placing his punch intelligently.

Quillin did not enjoy being hit and he made it a point to retaliate, which led to our first real firefight of the night.

In the 5th round, Quillin came out with intent. Perhaps realizing that every round that passed made this a lesser performance, Quillin went on attack mode with 2 minutes left in the round. First, Quillin started by cornering his man, using great footwork and ring generalship. Then, Quillin fired off some hard body shots behind the jab. Quillin mixed up the attack well, but he was caught with a Zerafa right hand.

Quillin, again wanting to retaliate quickly, got extremely aggressive and caught his man with a left hand that stunned him. A left hand from Quillin sent Zerafa to the ropes and then another right hand sent him to the canvas.

Zerafa was clearly out and the referee waved off the fight.

Zerafa would never end up getting up and would be forced to leave the ring in a stretcher.

Reports have come in that Zerafa is doing well and all standard tests have been successfully passed, although he has not been cleared to leave the hospital as of yet.