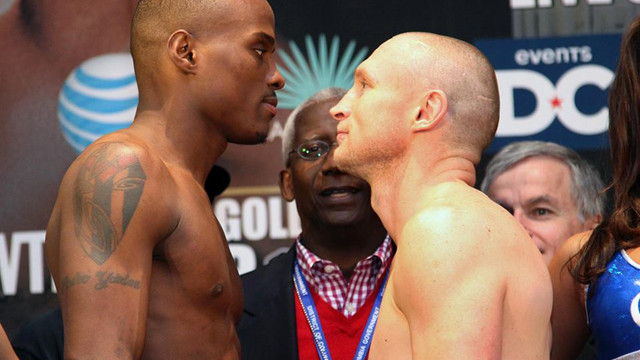 Through the 1st quarter of the fight, it wasn’t a surprise; Peter Quillin was beating his opponent, Lucas Konecny. In something that was billed as 40-1, what could you expect?

Quillin was winning but was it impressive? Therein lies the question.  While nice uppercuts and straight right hands landed, one could only feel like this was an out of a league fight that Quillin was in no danger of losing.

Konecny who did most of his work at 154lbs moved up and challenged the WBO middleweight champion and stood in there.

Through 6 rounds, Quillin was landing and Konecny was taking the shots but it wasn’t overmatched shots as it should have been. They exchanged at the end of the six meaningfully but Quillin was pitching a shutout even if it wasn’t feeling like superiority.

Yes Quillin is the better fighter but nothing can be taken away from this fight. An overmatched 154lber vs. a middleweight champion, great for television.

As the crowd boos and the writers wondered how it got this far, well how did it get this far? A cold war that Peter Quillin is on the wrong side of 160 lbs is how.

He may have won every round but he also didn’t win much amogst the fans who want to see him fight other credible opponents.

Yes Quillin may have won but at what cost? Alienating fans that havent’t believed in his title reign to begin with against mediocre competition. I do believe Quillin wants to fight the best but does the brass believe so