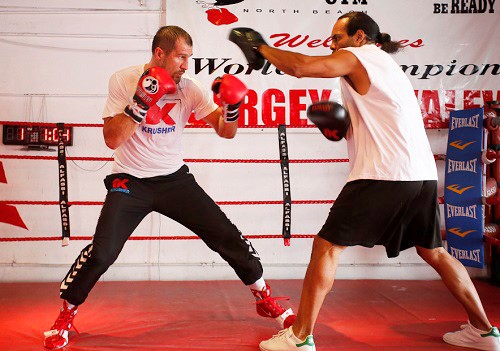 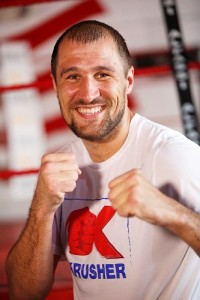 “This fight preparation was totally hard, it’s hot because it is Miami. It’s hard work in the gym and obviously it’s hot outside. Every day is good. Every fight preparation for me is very important whether it is title fight or not.

[About being favored to win] “I am not worried at all about this because if favorite or not favorite, underdog or not underdog, it doesn’t matter. I don’t care about it.

“I have to focus for all fight and getting prepared for all 12 rounds because who knows what will be inside the ring or what will he bring? I don’t know how ready he will be. It’s difficult to say ‘I will do’ because nobody knows what we do tomorrow or the day after tomorrow. We will see in the ring who will be best and who will win.”

“As a fighter he is a very dangerous fighter. He has a punch, he can punch hard. I am very interested to fight with him and see what I can do in the ring against Jean Pascal because every fight is something new; it’s like a new test. For me it’s very important this fight. He’s a very good fighter, smart. He has a lot of power. It’ll be a very interesting fight, believe me, because I will be there!

“It’s my goal to unify all four titles in my division, but right now I have to focus for my defense of the three titles I have already. After this I am ready for another unification. 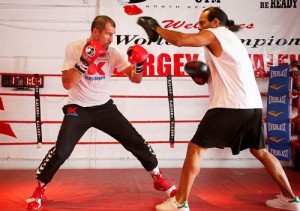 [On the win over Bernard Hopkins] “I already forgot (laughs). I have to focus on this fight. It’s already past. Now I need to go forward.

“I am still adjusting and adapting in this country, but I love this country. I love my country, Russia, and I love also America. It’s very nice, people are very nice. My family is here and I want to thank God a lot that he gave me this opportunity to build my career as a professional here in America, because America is the mecca of boxing.

“I don’t have any strategy for any fight, I am adjust my fighting from the situation. Because if your opponent will definitely be fighting differently with you and your plan is broken you need to do some thinking inside. For me it’s not my goal to knock somebody out in the ring. I’m just boxing, if it will happen that I knock him out or down, it’s a bonus! Save me time, save me energy and make me mentally stronger, and teach me what I should do in the gym to repeat this.
[On Pascal] “He’s throwing a lot of punches after you do. It’s like you’re punching and he’s blocking and throwing. It’s a dangerous moment. You should be very careful. For every fight you should be careful but he’s fast. He’s smart. He’s a very good athlete. He’s a very good boxer. He’s fought good fighters: Bernard Hopkins, Carl Froch and Chad Dawson. They were champions; the best in light heavyweight division. But now it’s our fight and this fight is more interesting for boxing fans because he likes to speak a lot more than he needs to speak. But it’s just making me hungry. I’m not talker, I will show everything, who I am, in the ring. I’m very interested what he will say after the fight when he will be sleeping on the floor! 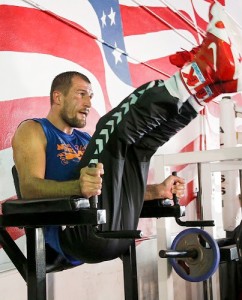