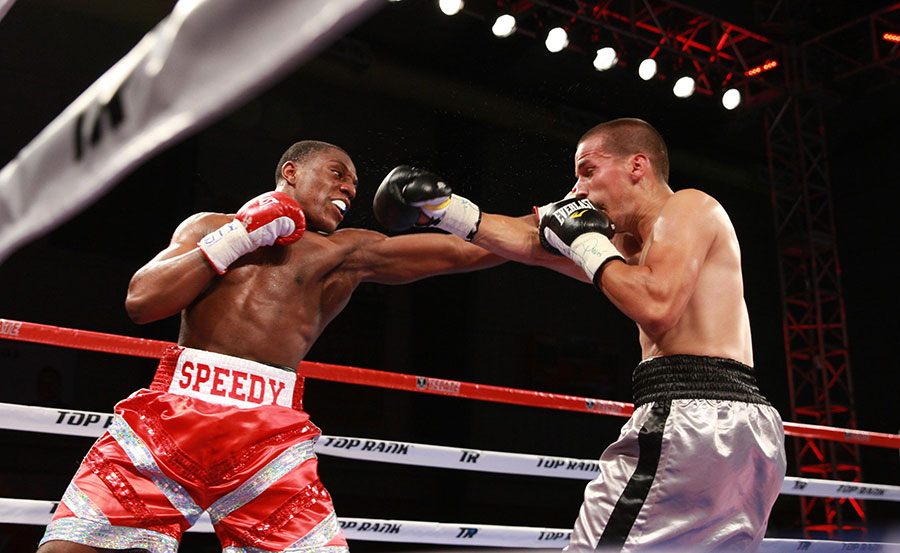 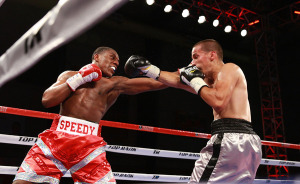 Ellis, a natural welterweight, proved that his speed and power where intact, despite fighting in a higher division ( 154 lbs ) with a more experienced opponent.

“I truly belong in the welterweight division but I also felt great at 154. De los Santos was strong, he came very well prepared, but I just took advantage of my speed, and did my job until he went down”, stated Rashidi Ellis, who is managed by Edwin Díaz from Troya Boxing Management, and trains at the Somerville Boxing Club with longtime trainer, Alex Rivera.

Ellis, who at one point of his boxing amateur career was ranked number one at the Welterweight division (152 pounds) in the United States, ended up with a record of 60-11, which included:

-Silver Medal at the Independent Cup in the Dominican Republic

Ellis comes from a family of boxers. His older brother, Ronald “Akeem” is an undefeated super middleweight prospect. His sister, Rashidia, is a 2012 PAL champion, and a favorite win a medal for the U.S. Women`s Boxing Team in the 2016 Summer Olympics.