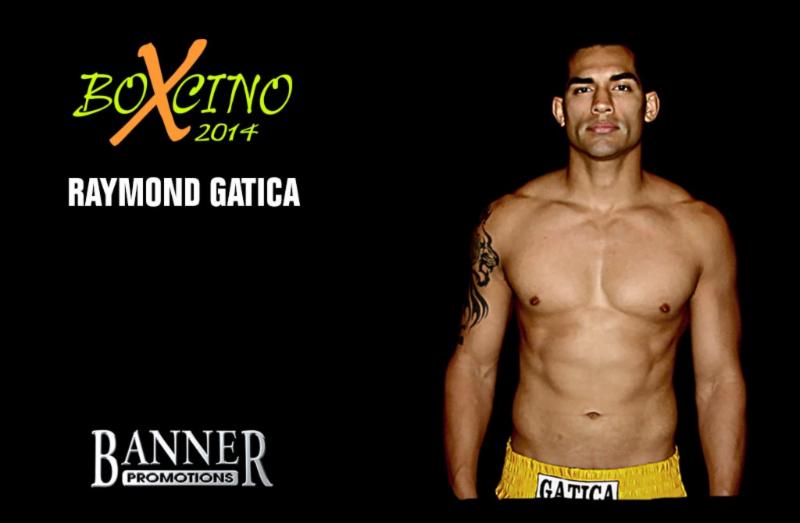 Philadelphia, PA (APRIL 8, 2014)–One of the great great things about the concept of the Boxcino 2014 tournament is that it gives opportunity to fighters who just need a stage to showcase their talents.
Some of have flown under the radar, others have been victims of bad decisions.  Both of those factors were evident early in the career of Raymond Gatica.  But since entering the Boxcino tournament, Gatica has been given the opportunity that many boxers desire.

On February 28, he scored an impressive victory in stopping previously undefeated knockout artist Sena Agbeko in the fourth round of their quarterfinal matchup in Hammond, Indiana.
Gatica (14-2, 9 KOs’s) of Austin, Texas will now fight another undefeated opponent inBrandon Adams (13-0, 9 KO’s) of Los Angeles on April 18 at the Turning Stone Resort Casino.
Adams is coming off a stoppage over Daniel Edouard in his quarterfinal bout.
The winner of the Gatica / Adams fight will take on the winner of the Vitalli Kopylenko (23-0, 13 KO’s) / Willie Monroe Jr. (16-1, 6 KO’s) semifinal battle that will take place on the same card.
The fights will be broadcast live on ESPN2, ESPNDeportes+ and WatchESPN beginning at 9 PM ET.
Gatica knows he will have to improve to reach the finals.
“I felt I was a little sloppy but it came down to who would throw the harder punches,” said Gatica.
“My training for this fight is going well  and I am getting in shape.  I will be in better condition and we are working on my technique.”
Gatica is excited about the opportunity in fighting Adams.
“Brandon is a good fight for me.  He is worthy with good skills.  He is strong and in good shape.  I am glad to be fighting him.”
Gatica believes that this fight pits two of the better fighters in the tournament.
“It could be us in the finals but that’s the way tournament shook out.  I see myself winning the whole thing, but I am taking this one fight at a time.”
Gatica has received a lot of support from the boxing fans around the world who watched his first bout in Boxcino.
“People are glad that I am in Boxcino.  It is exciting and I believe I will be in the final.  They have liked my fights and have got great feedback on the concept of Boxcino.  It gets people to fight and not be protected,” finished Gatica.
Tweet