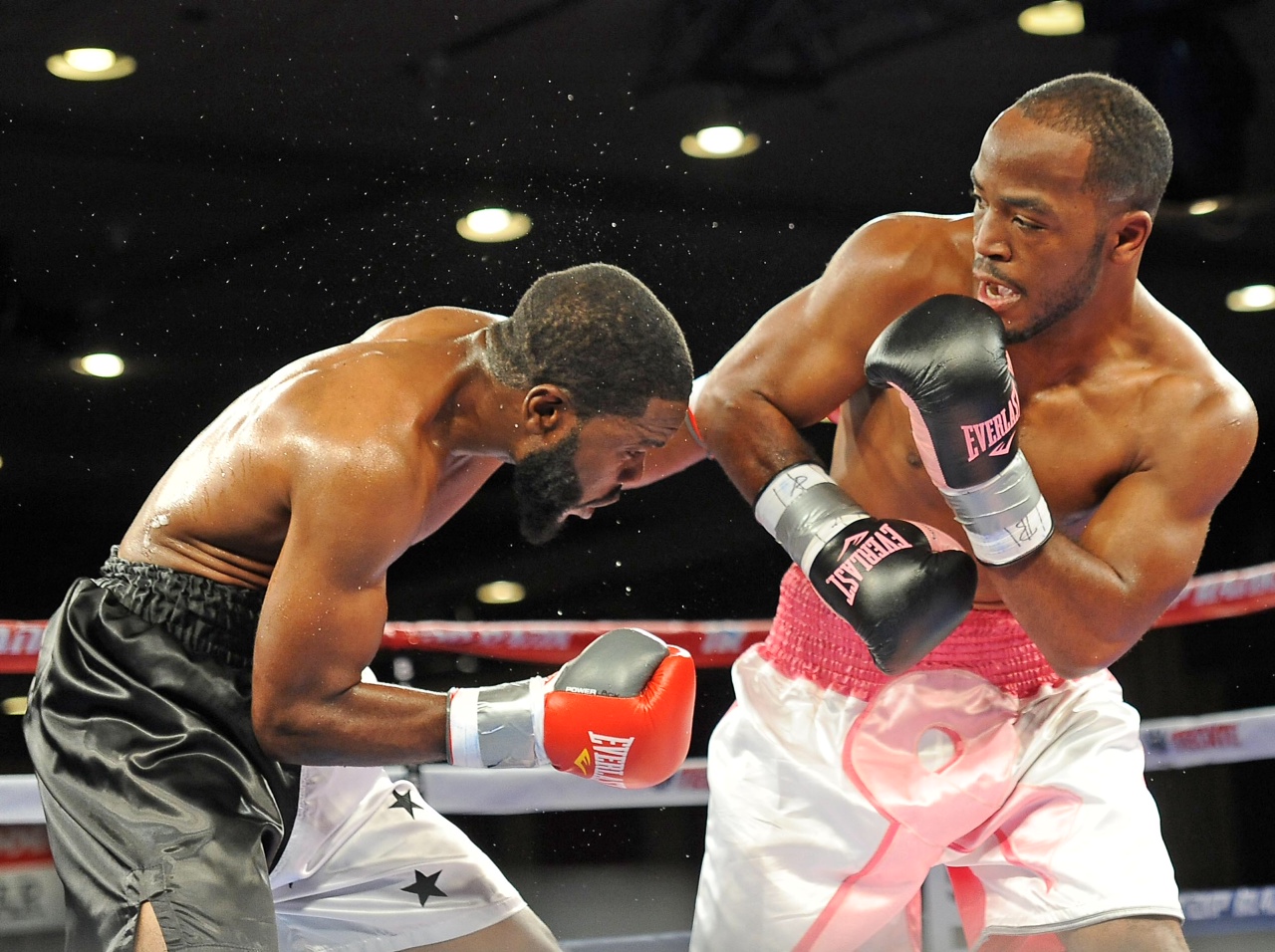 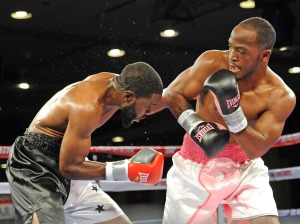 The twenty-one year old prospect talked about his recent win. He said, “I was happy to get the win in Atlantic City and see so many fans come out to support me and my team. As far as my performance goes, I thought I performed well, but there’s always room for improvement. My opponent Charles was a crafty veteran, and he had tricks that helped him survive in the ring. I always learn from my fights, and I plan to build on those things in my upcoming training camp. I showed Top Rank that they made the right decision to sign me. I have a good support team and I will continue to show that I have the tools to become a world champion.”

Michael “Buck” Pinson, Reed’s father, trainer, and manager (Dream Team Boxing Gym/Clinton, MD), agreed with his Reed’s assessment. “Michael’s conditioning looked good in the fight, but we will go back to the gym and keep working to get better. Overall, I thought Mike’s Top Rank debut went well, and the representatives on hand seemed to enjoy his performance. Thank you to all the Team Reed supporters that came up for the fight. All of you were loud at the fight, and that made us feel like we were fighting at home.”

During his October fight, Reed wore a pink and white uniform to honor victims and survivors of breast cancer. He said, “The outfit I wore in the ring was to raise breast cancer awareness, as a tribute to everyone who has dealt with breast cancer. Two very important women in my life were diagnosed with it. Fortunately, they both survived, but there are plenty of women who weren’t as fortunate. I’ll continue to show support, and eventually someone will find a cure for cancer. Thank you Nike Boxing/Athlete Performance Solutions (Machomai Boots), Nike Elite (Kay Yow socks), Ross Molovinsky and Team Reed for helping put together my outfit for this fight.”

Mike Reed is scheduled to return to the ring on Thanksgiving weekend, Saturday, November 29, in an eight-round bout at the CenturyLink Center in Omaha, Nebraska. Reed’s fight will be featured on the HBO undercard of the WBO lightweight title fight between Terence Crawford and Ray Beltran. Reed’s opponent will be announced shortly.

Reed said, “November 29 will be a big night for Team Reed. Terence Crawford has always been a favorite boxer of mine, so it’s a real honor to fight on his undercard. I’m told that the CenturyLink Center in Omaha is going to be packed with boxing fans, so this is a great opportunity for me to expand my fan base on a terrific HBO undercard. Team Reed is looking forward to traveling out to Omaha. We plan to impress everyone in attendance and earn television time.”