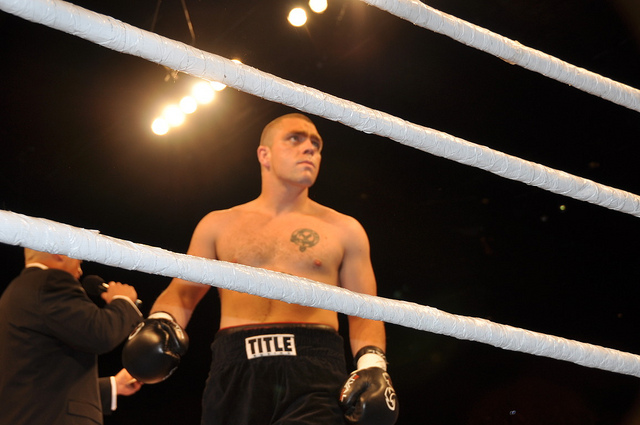 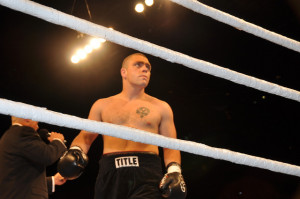 On August 16th WWSP Promotions held a night of boxing which featured a combination of amateur and professional boxing in Calgary, Alberta. Canada titled “Bowness Brawl” which was held at the Bowness Community Centre. The card featured several amateur bouts with promising talent with some that are looking to go for the Olympics sometime in the future and some looking to go pro. There were two pro bouts on the card which took place out of an originally scheduled four but two seemed to be enough as boxing fans were entertained throughout the night.

The main event featured Ty McDougall (3-4-2, 2 KO’s) and Chad Nielson (1-3, 1 KO) in a battle of heavyweights. McDougall outslugged and overpowered Nielson throughout the bout and it appeared as Nielson’s brain was rattled quite a few times from McDougall’s shots and he seemed out on his feet several times with the referee failing to stop the bout. McDougall utilized the overhand right throughout the fight and got the TKO victory at one minute and forty-six seconds in round number four.

The first pro bout of the night featured up and coming Polish welterweight prospect Lukasz Wierzbicki (5-0, 2 KO’s) facing off against Marcel Maillet Jr. (4-7-1). From the opening bell Wierzbicki’s speed showed as he was able to box around Maillet and constantly land blow after blow on his opponent and not take much damage in return and he was able to secure his victory at one minute and fifty-seven seconds of round five with a TKO.