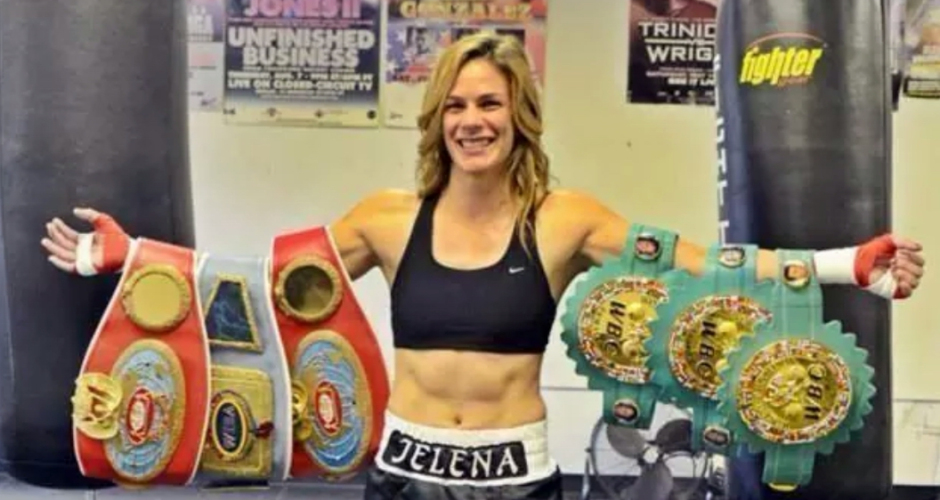 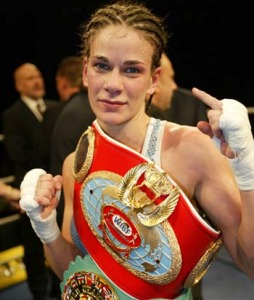 On September 12th the Shaw Conference Centre in Edmonton, Alberta hosted its third professional boxing card this year in an event titled “Hostile Territory” which was headlined by Edmonton’s own six time women’s world champion Jelena Mrdjenovich (33-9-1, 17 KO’s) who put her WBC 126  pound women’s title on the line as she took on WIBA champion Marilyn Hernandez (25-10, 16 KO’s) of the Dominican Republic.

There were high expectations for the main event as Mrdjenovich and Hernandez are known for taking risks and constantly coming forward and it showed in the first round when both fighters took the first 30 seconds to feel each other out and then it was bombs away. Mrdjenovich kept constant pressure on Hernandez and the two fought at close quarters throughout much of the fight. Mrdjenovich did not use much of her reach advantage as she constantly attacked the body of the smaller Hernandez who in turn would constantly land wide hooks and overhand rights on Mrdjenovich. The two fighters continued to mix it up but Mrdjenovich’s attack to the body paid off as Hernandez failed to come out of her corner after the sixth round which gave Mrdjenovich the victory and her first successful title defence since winning it last year.

In the co-main event former MMA fighter and boxing prospect Cody Ries (4-0, 2 KO’s) extended his winning streak as he stepped up his level of competition to take on Paul Bzdel (5-6-1) in a four round boout. The fight was slightly close but Ries was able to throw sharper punches which landed clearly and he was more aggressive. In the end the scorecards read 39-37 twice and 38-38.