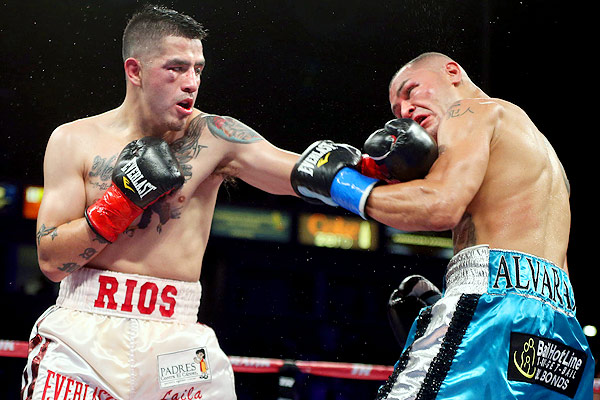 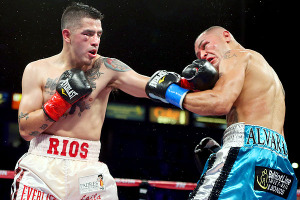 Brandon Rios sent out a tweet that had the boxing world speaking last night, when he said he was fighting Mike Alvarado on December 20th in a bout that would be labeled World War 3. The two have gone to war twice and a third bout would almost certainly live up to the first two as their two styles mesh well. Now while the fight is being negotiated, Rios said he was just having fun.

“I was just fucking around.” Rios told ThaBoxingVoice.com. “They’re in talks but hopefully the fight gets made. That’s the fight that I want and I think he wants it so hopefully it gets made.”

Rios has been mentioned with a few names including Provodnikov but as of right now, the goal is to get the Mike Alvarado fight made.

“Alvarado was the only one so far,” stated Rios.” Whoever else is out there, let’s do it. I wanted to fight Provodnikov but they wanted to pay me stupid money so I believe I deserve more. I paid my dues. I believed a little more respect and money then what was offered.”

Rios stated he was even willing to go to Russia to fight Provodnikov if the money was right.

“They wanted me to fight over there (in Russia),” explained Rios. “I wouldn’t mind going over there but they didn’t want to put the money up. I don’t know if it’s HBO or Top Rank but my manager told me they wouldn’t put up the money, that’s what my manager said. I was willing to go to Russia for the right money but [not] for some stupid ass money.”

Rios wanted to make it clear that he is a welterweight and the fight with Provodnikov would have been at welterweight as making junior welterweight is difficult but the offer wasn’t right.

“It was a little bit disrespectfully low,” said Rios. “Going to his backyard I think I would deserve more. 147 would have been where the fight is at. I could make 140 but with difficulty so 47 is my new weight.”

So now it seems that all roads lead to Rios-Alvarado 3 likely in Denver according to one source prevalent to the negotiations but according to Rios, it’s not all set in stone.

“I can’t say its 100% or 80% done, but I’m getting the word from my manager and trainer. Cameron Dunkin, my manger, said he’s working on it. It would be a good fight, the trilogy. The first two were great, the third would be better.”

Could this trilogy stack up the modern day greats like Morales-Barrera, Gatti-Ward, or Vazquez-Marquez 3? Rios thinks it could be up there.

“It could be as good as that one,” stated Rios. “The first one was great. The second one was good. I think [in] the third one we will leave it all in the ring. We both respect each other out the ring but in the ring we’re out to beat the shit out of each other.“