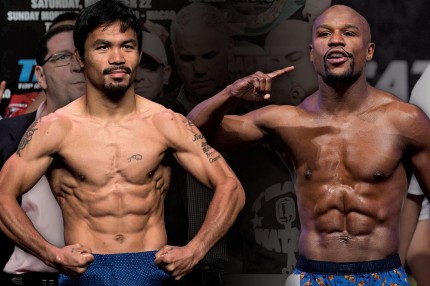 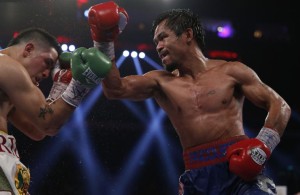 I have finally figured out what makes Floyd Mayweather Jr. and Manny Pacquiao’s May 2nd mega fight incredibly interesting. I’m serious, I actually cracked the case. You ready? Here it is: fans from both sides are equally convinced their fighter can win. Simple, I know.

Okay, so I might not have stumbled onto anything incredibly insightful, but as we get closer to the fight both fighters’ former opponents and sparring partners are telling great tales of amazing performances. These former foes claim that the experiences they shared with each fighter were so incredibly unique that they cannot be compared with anything else they’ve ever experienced. Even the opponents they shared give equally astonishing accounts of their time in the ring with both fighters, unique from one another.

One man that gained a tremendous amount of respect for Pacquiao through his experience is Brandon Rios, who lost a one-sided decision to Pacquiao in their November 2013 showdown in Macau.

Even with his firsthand experience against Pacquiao, Rios still favors Mayweather, although he believes the best game plan, and the fighter that sticks to it, wins, the fighter said in an interview posted on ESNEWS’ YouTube channel.

“I go with Mayweather, too, in a close decision. But to me, it’s whoever follows their game plan,” Rios told ESNEWS.

Rios doesn’t completely discount Pacquiao’s chances in the fight with Mayweather. After all, Rios can tell you better than anyone that Pacquiao has the ability to perform in a superhuman way.