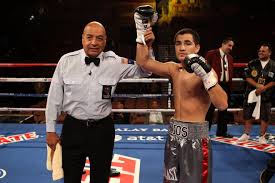 Also in action will be unbeaten phenom Diego De La Hoya who will make his fourth appearance in Indio in a six-round opening televised fight against Merida, Mexico’s Luis “Lichito” Lizarraga Jr.

Tijuana, Mexico native Tony “Tony” Gutierrez (15-0-1, 7 KOs) will be making his Fantasy Springs debut in a six-round middleweight bout against an opponent to be determined.

Santiago “El Lobito” Guevara (7-0, 3 KOs) of Los Angeles will be fighting for his eighth consecutive professional victory as he squares off in a four-round lightweight bout against Las Vegas’ Rocco Espinoza (4-9).

In the card opener, Los Angeles’ Jesus Delgado (1-0) will face off against Joan Valenzuela (1-0, 1 KO) of Chula Vista, California in a four-round lightweight fight.