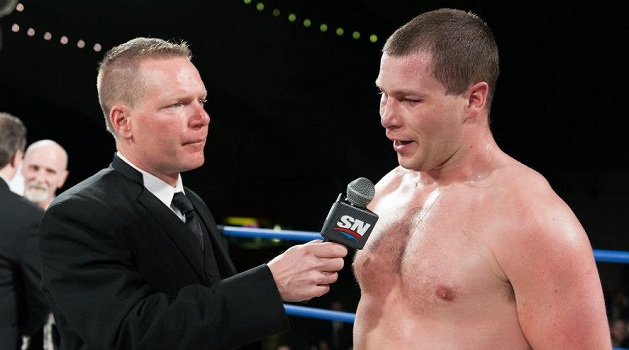 Canadian cruiserweight/heavyweight prospect Rob Nichols (6-1, 4 KO’s) will return to the ring after almost a year and a half layoff when he travels to British Columbia, Canada to take on Shane Andreeson in a six round bout.

Nichols has spent a majority of his professional career in Edmonton but has made the move back home to Cold Lake, Alberta where he grew up and the time away has done him some good as he has pushed himself to be better.

“It’s sometimes difficult to stay motivated and driven to push yourself past the point of comfort where you could easily quit or hold back,” said Nichols. “I believe having felt isolated out here in Cold Lake has forced me to step up my game, knowing that I have to make the most of my opportunities when they are available and not waste them.”

Nichols last fought in March of last year and was scheduled to fight in September but the bout was scrapped after his opponent pulled out on short notice and a replacement could not be found. Should everything go according to plan, Nichols may fight once again in August.