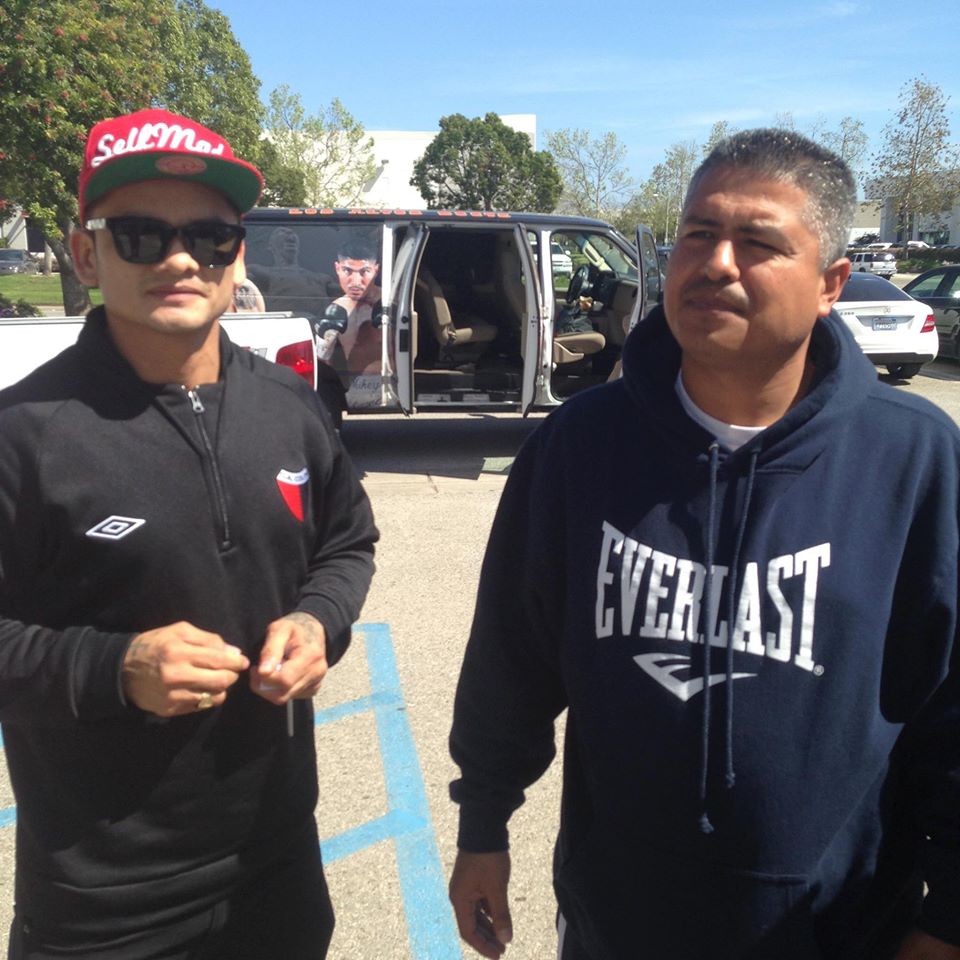 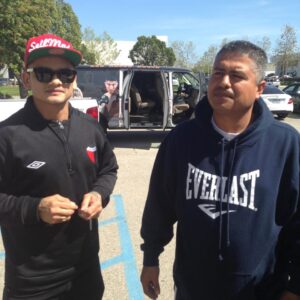 Respected trainer Robert Garcia thought Manny Pacquiao would have fought a better fight against Floyd Mayweather Jr.
Instead of a close, competitive fight like Garcia predicted, the second-half of the fight was mostly one-sided, with a somewhat competitive first-half. However, Garcia was more disappointed in eight-division world champion, Manny Pacquiao more than Floyd Mayweather Jr.

“Mayweather did what he had to do, but I was a little disappointed more in Pacquiao,” Garcia said in an interview with FightHype.com

Garcia, who trained Marcos Maidana in two fights against Mayweather last year, had predicted a close decision victory for Mayweather, but it certainly did not come to fruition in his eyes.

“I thought Mayweather was going to win a close decision, maybe a draw, like a split decision, something like that,” Garcia scoffed. “It didn’t show much.”

When asked if Pacquiao’s performance was a result of something Mayweather did to prepare for the fight or if Pacquiao’s game plan was off, Garcia laughed his socks off.

Garcia added that at a certain point, Pacquiao and his team lost all motivation to try and win the fight, implying that the team was okay with losing given that they were going to walk away with a lot of money either way.

“There was no motivation, nothing,” Garcia said. “It was like they froze or something. I have no idea, but it wasn’t what I expected.”

In regards to Pacquiao’s torn rotator cuff, which will keep the Filipino superstar out of the ring for nine months to a year after undergoing surgery to repair what Dr. Neal ElAttrache, the doctor who performed the surgery on Pacquiao, described as a “significant” tear to the rotator cuff, many have accused Pacquiao and his team of faking the injury, but Garcia refused to go that far. However, he does see the injury as an excuse after Pacquiao checked ‘no’ on a pre-fight questionnaire whether he has sustained injury to his shoulders which would require medical attention.

“I’m not saying there was no injury because there is always those little problems, elbow problems, shoulder problems, knuckle problems, they’re running, they get problems in their feet or the legs, their knees, but it’s a part of boxing,” Garcia said.

“The day before, they did a questionnaire, and they asked, ‘Any injuries, any shoulder problems,’ and they said no to it. You got to believe that too, right? After the fight, they say it was injured. It sounds more like an excuse now.”

Mayweather sent a text to ESPN’s Stephen A. Smith that he would be willing to rematch Pacquiao once he healed from his shoulder injury, but changed his mind, calling Pacquiao a ‘sore loser’ and a ‘coward’ in an interview with Showtime’s Jim Gray. Robert Garcia doesn’t think Mayweather needs to fight Pacquiao again, either.

“Why would Mayweather give him a rematch?” he asked. “I think Mayweather proved that he is the best of our era, and there’re no more challenges for him. The only challenge for him is if he wants to move up to 160, maybe a catch-weight with Cotto or do what nobody expects him to do and fight GGG [Gennady Golovkin].”

Golovkin has described a fight with the undefeated pound-for-pound king as a “dream fight” and he is willing to move down to as low as 154 to get the fight, but he’s also attempting to unify the 160 lb. Division as well.

Garcia then gave a short breakdown of how the fight could play out.

“GGG is very powerful, very strong; he’s a beast. If Mayweather stands in front of him, especially on the ropes, then he’ll get hurt because GGG hits very hard. If Mayweather makes GGG come down to 154, maybe he’s going to be very weak, maybe he’s not going to be able to recover; that might give Mayweather a big advantage. I think GGG could be out-boxed.”

Garcia has a point. Golovkin hasn’t faced someone who is a superior boxer like Mayweather. When Golovkin fought Gabriel Rosado, he was able to slow Golovkin down at one point during the fight and caused some bruising, but eventually Rosado succumbed to the colossal power. Mayweather has yet to hit the canvas in his career, but it could happen if he fights Golovkin.

“We thought Canelo [Saul “Canelo Alvarez] could be strong enough to do something to Mayweather and Mayweather out-boxed him easily,” Garcia added. “He could probably do something against GGG.”

A victory over Manny Pacquiao was the biggest victory of Floyd Mayweather Jr.’s storied career, but Garcia says that he will never get the credit because the Filipino is too popular, and everyone wanted to see Mayweather lose.

“He’s never going to get it,” Garcia said. “Everybody loves Pacquiao, and the whole world wanted to see Mayweather lose. Once Pacquiao came out with that shoulder excuse, people believed it because it’s Pacquiao. Everybody is against Mayweather, so everybody is going to be negative.
“He’s got my respect. He pulled it out. I think I’m disappointed in Pacquiao. He could have done better; he should have done better. I think somebody giving him instructions, somebody motivating him would have made a big difference.”