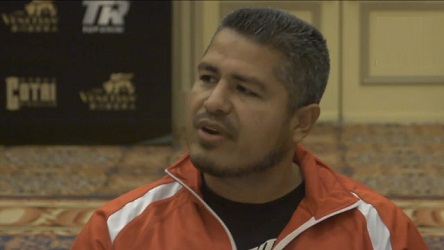 Floyd Mayweather’s days of being more calm and humble than others (like in his past few fights) were short and over with as the trash talk started quickly on the press tour’s leading up to his rematch with Marcos Maidana and when Mayweather starts to talk trash everyone is a target.

Robert Garcia whom trains Maidana was subject to some trash talk by Mayweather who brought up Garcia’s loss against Diego “Chico” Corrales whom Mayweather has also faced. Mayweather’s comments seem to have lit a fire inside Garcia as he slammed Mayweather and stated that he fights like a bitch.