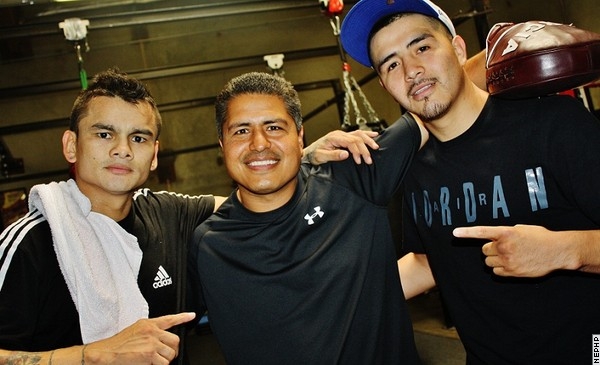 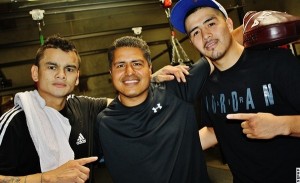 The stable of Robert Garcia is ever growing but when it comes to popularity, the three fighters most synonymous with Garcia are his brother Mikey Garcia, Brandon Rios, and now Marcos Maidana. Maidana has a very lucrative 2015 fighting Mayweather twice but losing on both occasions. Mikey Garcia is still out of action and Brandon Rios starting 2015 with a bang, stopping Mike Alvarado in his the third fight of their trilogy in Denver.

As far as Maidana goes, Garcia only expects him to fight once this year.

“Chino Maidana Is relaxing back home, getting married,” Garcia told ESNews. “I think he’s only going to fight once this year probably in August or September.”

Brandon Rios showed a lot of wrinkles in his game with Garcia in the Alvarado trilogy. He dominated Alvarado. You could say it was a little of Rios’ improvement and Alvarado’s decline that could be credited to Rios’ domination over Alvarado. However, Garcia feels Rios could give anyone trouble, even in a rematch with Manny Pacquiao.

“He had trouble with his elbow in his training camp for Pacquiao,” stated Garcia. “He was hardly sparring in camp but there’s no excuse. Pacquiao, he’s very fast. I won’t say the result would be different but I think Brandon would have given him a tougher time and more problems. The way Brandon trained and focused and followed instructions for Alvarado, I think it’ll be a better fight than the first one. If that Brandon shows up for Pacquiao, I think it would be a different fight. Not saying it wouldn’t be the same result because Pacquiao is good Pacquiao is fast, very tactic. It would be a better fight.

Regarding Mikey Garcia, his trainer and brother still doesn’t know

“We thought beginning of the year and now hopefully May or June. I really don’t know.”