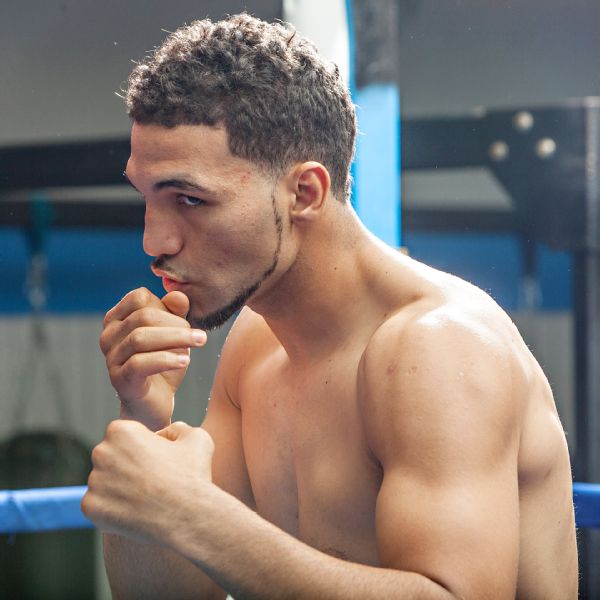 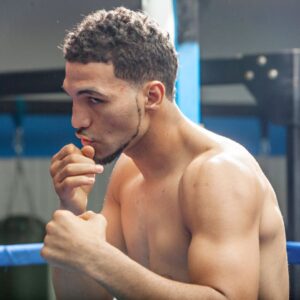 Two additional bouts have been confirmed to the acclaimed “MEXICAN STYLE” world championship professional boxing event set for Saturday, October 18 at the StubHub Center in Carson, California which will be televised on HBO Latino beginning at 12:45 a.m. ET/PT (on tape delay).
In a 10-round light heavyweight battle, former world title challenger EDWIN “La Bomba” RODRIGUEZ will face off against fast rising contender AZEA AUGUSTAMA of Miami, Florida.
Opening the HBO LATINO BOXING telecast will be an evenly matched 10-round middleweight clash between hard-hitting contenders MARCOS “Dorado” REYES of Chihuahua, Mexico and El Paso, Texas native ABRAHAM “Abie” HAN.
“Adding these two action packed bouts to an already stellar card validates this as one of the premier boxing events of 2014” said Tom Loeffler, Managing Director of K2 Promotions. “We’ve met with the StubHub Center Team this week and are exploring options to add more tickets to this event.”
Presented by K2 Promotions, GGG Promotions and Promociones Del Pueblo, “MEXICAN STYLE” is headlined by Boxing’s fastest rising star, GENNADY “GGG” GOLOVKIN, defending his WBA/IBO Middleweight World Titles against WBC Interim Champion MARCO ANTONIO “El Veneno” RUBIO in the scheduled 12-round main event.
The co-feature bout on October 18th is a featherweight showdown between 2012 Fighter of the Year and four-division world champion NONITO “The Filipino Flash” DONAIRE, 33-2-0 (21KO’s) and undefeated world champion NICHOLAS “The Axe Man” WALTERS, 24-0-0 (20KO’s)who will battle it out to determine the undisputed World Boxing Association (WBA) featherweight world champion. Donaire vs. Walters is presented by Top Rank®.
Both world title fights will be televised Live on HBO World Championship Boxing® beginning at 10:00 p.m. ET/PT. With a simulcast on the HBO Latino service.
RODRIGUEZ vs. AUGUSTAMA is presented by DiBella Entertainment.
“We’re happy that Edwin is returning to the ring where he belongs, in the light heavyweight division,” said Lou DiBella, President of DiBella Entertainment. “Augustama is an excellent test for Edwin’s move into the light heavyweight division.”
Said Rodriguez, “I’m excited to be returning to action and to get back on HBO. I’ve had a really good training camp with great sparring preparation. I feel that with my last fight against Andre Ward, my body was telling me that I needed to move up in weight.”
“This is Edwin’s first fight at 175 pounds,” said Augustama. “He picked the wrong light heavyweight. I feel sorry for him. He picked the wrong guy to come back against. It will be the biggest mistake of his career.”
After impressively stopping the previously undefeated Jason Escalera in eight rounds in September 2012 on HBO Boxing After Dark®, Edwin participated in and won the ‘Million Dollar Super Four’ tournament in Monte Carlo, Monaco, defeating the 19-0 Ezequiel Maderna via 10-round unanimous decision and demolishing the 13-1-1 Denis Grachev by TKO inside the opening frame. His performances in the tournament earned him a shot at the WBA Super Middleweight Champion Andre Ward.
On November 16, 2013, Edwin worked hard to bring the fight on the inside and take Ward out of his game plan, but would ultimately lose a 12-round decision. Now refreshed and rejuvenated, Rodriguez is determined to reclaim his lofty highly ranked status, as a light heavyweight.
Haitian-born Azea Augustama is an extremely fast and agile boxer/puncher with a lethal straight right hand.
After losing a controversial eight-round majority decision to the 8-0 Denis Grachev in 2011, Augustama has gone on to score eight straight victories, over the likes of durable and hardnosed opponents Billy Bailey, Rayco Saunders and Cory Cummings. Against Jermain Mackey this past January, Augustama picked up the WBC Fecarbox title by winning a unanimous eight-round decision.
Sporting a record of 32-1-0 (24KO’s) and well known in Mexico for his show stopping knockout victories, the 26-year-old Reyes is undefeated over the last four years, a winning streak of nineteen bouts.
Making his third start of 2014, Reyes is coming off a ten round unanimous decision over Octavio Castro on June 7th in his hometown of Chihuahua, Mexico.
With a distinguished record of 22-1-0 (14KO’s) over his seven-year professional career, the 29-year-old Han will be looking to stay in the win column, riding a three bout undefeated streak.
Most recently Han thrilled his legion of local fans with a second round knockout of perennial contender J.C. Candelo on April 5th in El Paso, Texas.
Han’s only loss came to highly regarded contender Glen Tapia in July 2013.
Tweet