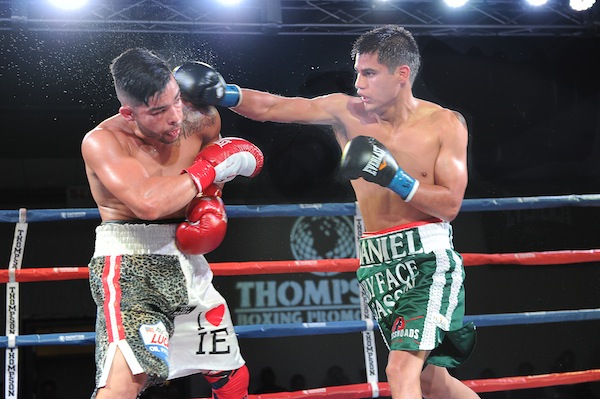 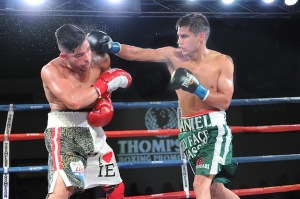 For super bantamweight Danny Roman, falling in love with the sweet science came via necessity and not necessarily by choice. If not for a series of schoolyard fights, Roman might not ever have laced up the gloves and pursued a career as a professional boxer.

“I was eight-years-old and I kept getting my butt kicked at school,” said Roman, who fights in the co-main event of Thompson Boxing Promotion’s “Path to Glory” event against Jonathan Alcantara on Friday. “My dad had seen enough and he took me to the boxing gym to learn how to fight.”

“When I first started boxing, I didn’t really like it,” Roman continued. “It was too much discipline, too many fundamentals, and too much waiting around to hit the bags. I wanted to hit people and my coaches said no, you have to wait until you master the basics.”

Little by little, Roman began to realize that the repetitive nature of working on the fundamentals of boxing, day in and day out, were the keys to long-term success. He quickly learned that there are no short cuts to the top. He had to commit to the entire process in order to maximize his potential.

“I started to change my tune after a couple of months because I could see the progress and I was gaining confidence everyday,” said the 24-year-old Roman. “I fell in love with the sport and I approached each drill with the same motivation and effort as the next.”

“It’s a big opportunity for me,” said Roman, who turned professional four years ago. “I’ve always been featured on undercards, but now this is new territory for me.”

Alcantara is an aggressive boxer that likes to pressure opponents into corners and onto the ropes. Roman, however, prefers to box in the middle of the ring.

“He’s going to try to control the fight with his pressure, but we have ways to take him out of his rhythm,” Roman said. “If I consistently work the body, that’s going to stop him and it will open up some strong power shots.”

As far as getting into fights at school after he started boxing, Roman says most kids just kept their distance.

“I didn’t fight in the street or at school anymore,” Roman said. “When people found out I was boxing, they didn’t really want to mess with me.”

Roman is trained and managed by Eddie Gonzalez and is based at the Ponce de Leon Boxing Gym in East Los Angeles.