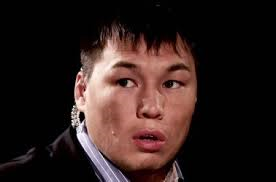 140 pound champion Ruslan Provodnikov’s name has been thrown into the mix to face current world champion Danny Garcia for some time now but after Garcia’s performance last night (aside from promotional/network complications) against Mauricio Herrera it seems like there is going to be less of a possibility for the two heavy handed fighters to square off.

Herrera by all means should have been the victor but Garcia was given the decision. It was after all a showcase for Garcia.

Provodnikov, whom has also faced Herrera saw the fight as most viewers did in favor of Herrera and believes that Danny and his father should be man enough to admit that they did not win the fight.

“Mauricio Herrera won the fight,” said Provodnikov via Twitter. “He is the champion today! Danny Garcia and his father should be man enough to admit when they lose.”