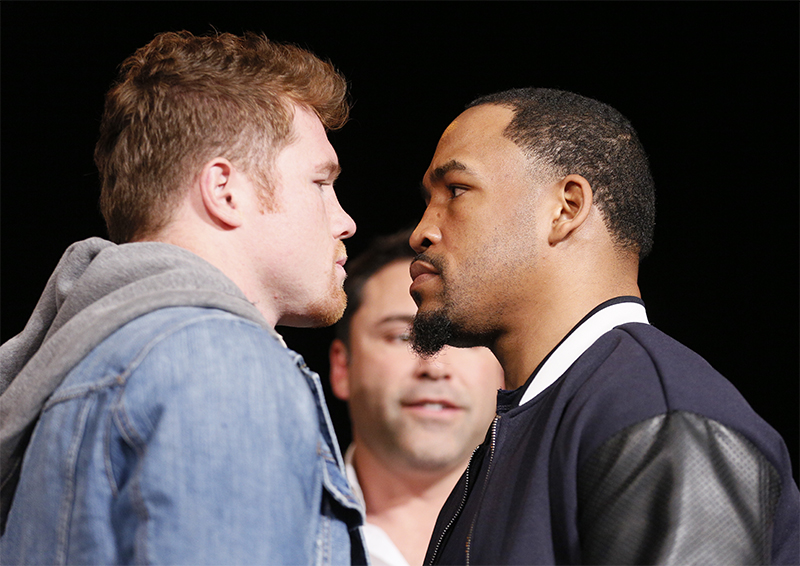 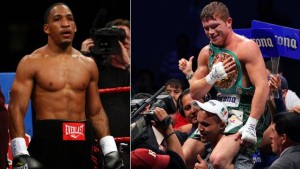 The week after the biggest night in boxing in years, Saul “Canelo” Alvarez (44-1-1 33KO’s) will be making his long-awaited return to the ring. The popular Mexican fighter will be facing one of the most dangerous fighters in the Jr. Middleweight division in James “Mandingo Warrior” Kirkland (32-1 28KO’s). This fight is guaranteed to be an explosive one and will be televised live on HBO Championship Boxing. The fight will take place at the Minute Maid Park in Houston Texas and is promoted by Oscar De LA Hoya’s Golden Boy Promotions.

It is obvious that in many fans eyes, Canelo Alvarez is destined to be the next big PPV draw and mega star much like how Oscar De LA Hoya was in his days as a fighter. However, all that still remains to be seen and we still don’t know what the future may hold. But one thing is very clear, Alvarez still has not had a CLEAR career-defining win over a top level fighter to prove to the fans that he is indeed an elite fighter.

He has had close/controversial fights with Austin Trout and Erislandy Lara and got outclassed by Floyd Mayweather Jr. It is obvious by now that Canelo has trouble with fighters that use movement and utilize the jab and box. However, Canelo has proven to be extremely effective when his opponents stand in front of him and/or come to him.

He is physically very strong and puts together punches very well. He also has above average punching power for his division and has decent defense and counter punching ability. He also has good hand speed but prefers to fight at a slow pace and is by no means a busy fighter. Canelo likes to take his time and pick his spots when he fights and has gassed out late in fights in the past.

James Kirkland on the other hand has a reputation for being an exciting fighter with good punching power. He likes to fight at an extremely fast pace and is usually a volume puncher. He always comes straight forward and puts on immense pressure and throws punches in bunches.

Much like Canelo, he is also physically very strong. He also has a reputation for being in supreme condition but he will not be working with long time trainer Ann Wolf for this fight. Kirkland also sometimes has a tendency to be vulnerable to being caught with big shots and go down in the early rounds. It seems as though sometimes he goes into fights cold without warming up without any sweat on him. Kirkland is clearly tends to more vulnerable in the first few rounds of the fight then in any other part of the fight. However, once his engine gets going it’s hard to stop him in his tracks and takes a lot to force him back. Since Kirkland likes to come forward, head movement and moving forward with a strong jab will be key for him going into this fight.

If Kirkland is able to stand up to Canelo’s punches it will be interesting to see how Canelo will deal with Kirkland’s fast pace if he is able to set one. For Canelo, it will be important for him to establish his jab early in order to control the pace of the fight and set up his combinations. As a fan, I am looking forward to this fight very much, and I think it will be an explosive match-up!