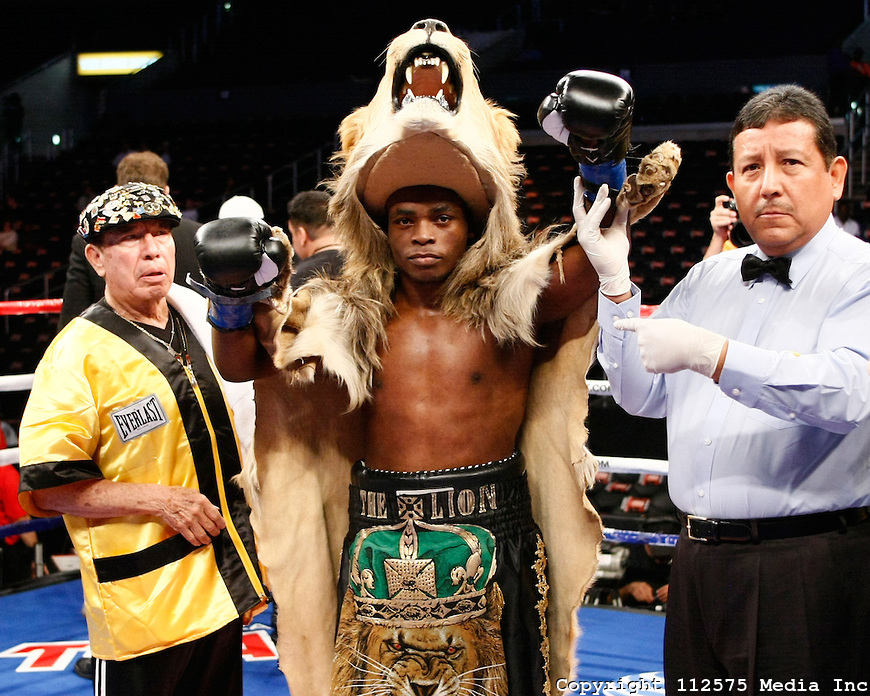 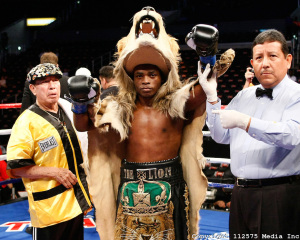 Tonight on Fox Sports 1 Golden Boy brought us a terrific card that produced fireworks in every single fight. In the opening fight, Jason Quigley, who is now (3-0, 3 KOs) made easy work of Greg McCoy after completely punishing McCoy for the entire first round, Quigley, with 30 seconds to go, landed a left hook followed by a right cross that planted McCoy to the canvas and did enough to end the fight.

The Co-Main event featured a junior welterweight all action fight between Sharif Bogere and Fernando Garcia. From the beginning Bogere, (21-1, 18 KOs) who’s only professional loss came at the hands of Richard Abril last year, wasted no time and used his speed and foot work to outwork Garcia. Though Garcia was fighting back showing heart, in the opening of the 2nd round Bogere dropped Garcia after he landed a straight left hand to the body, Garcia was able to beat the count. For the rest of the fight, Bogere continued to land solid body shots and right hands at will but Garcia was relentless in fighting back, until he had enough in the 5th round. Bogere landed a great right hand that sent Garcia down. Garcia made it clear that he wanted no more as he shook his head to the referee as the count was going on.

Before the main event we got an explosive performance from Mark Deluca who completely annihilated journeyman Ryan Davis. Davis was last seen in May when he was slotted in as a late replacement to take on Ishe Smith after original opponent, Erislandy Lara opted out to take a much bigger fight. Deluca, (12-0, 9 KOs) absolutely punished Davis for 4 rounds as he hammered him with vicious body shots throughout the entire fight. In the first round, Deluca took Davis to the ropes and unleashed a great combination that ended with a cross to send Davis to the canvas. In the 2nd Deluca was warned for throwing his body shots a bit low but it wouldn’t effect him as much as it did in the 3rd and early on. Davis ate another combination that caused him to take a knee. Davis showed a lot of heart by staying in the fight with Deluca but by the end of the 4th, it was clear that the punishment was enough and Davis would not come out for the 5th round.

In the main event, we had yet another tremendous fight as Danny O’Connor would go on to stop Andrew Farmer via TKO after a great fight between the two. In the first both guys came out looking great, throwing good solid punches but it was O’Connor, (24-2, 8 KOs) who was getting the better end of the deal. In the 2nd round, both guys again came out swinging for the fences but O’Connor was able to force Farmer into the ropes and unload a barrage of punches that put Farmer down. Though beating the count, Farmer looked to be a bit unresponsive after the knockdown, holding back on his punches. O’Connor would go on to punish Farmer to the body for the next two rounds before having an accidental clash of heads that was surprisingly missed by the referee. The head butt seemed to cause Farmer more damage as O’Connor continued to throw at will before landing a straight left to the body that put Farmer down for the count and he was unable to continue.