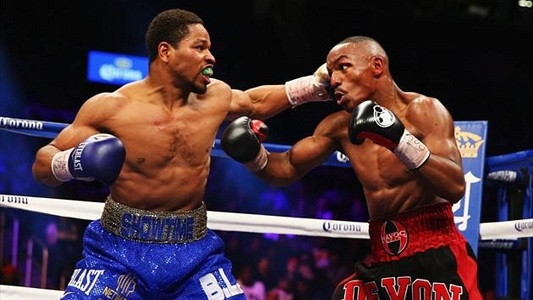 On August 16th “Showtime” Shawn Porter will put his undefeated streak on the line as he takes on Kell Brook of England. Should Porter be victorious in his title defense there are plenty of options out there for him but aside from the likes of Floyd Mayweather there is another young, powerful fighter that Porter has his sights set on which would make a tremendous fight that could produce many awards such as fight of the year, round of the year and so on. What fighter could produce that much fireworks with Porter? Keith Thurman.

Thurman is currently scheduled to fight on the undercard of Mayweather-Maidana 2 and should the fight go his way we may see him face off against Porter sometime next year.