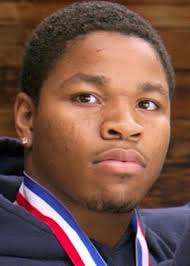 Shawn Porter has yet to sign a contract for his first title defense since beating down Devon Alexander and taking his title away. Although nothing is set, Porter is currently in training camp in San Francisco keeping himself sharp and in shape for whatever comes his way.

“I stay in training camp,” said Porter. “I’m actually in the Bay Area right now. I’m working with Victor Conte and my dad.”

Porter and Conte started working together not to long before the Alexander fight and their working relationship has been good so far.

“We started to deal with Victor Conte a little bit before the last fight. My dad contacted him about this time last year. We really got things going with Victor the middle of last year, so we have been going strong for a while with him now. ”

Conte is most known from the BALCO scandal which involved several athletes including professional boxers. Since then Conte has been given a second chance in boxing and has worked with several fighters with one of them, Andre Berto, testing positive for a banned substance. Porter questioned if he should team up with Conte due to his past and under guidance/advice from his father has done so without any worries.

“You know what? When it first happened I didn’t think so at all. I tell you first hand that God puts everyone in my life for a reason. My dad follows God’s every move. When he first told me that we were going to be working with him, I was fully aware of what Victor had done and it’s not secret to what he has done and my reaction was  a question to my dad. ‘Is this what you what you want to do?’ My dad assured me we would be given nothing but the best and I follow my dad’s every move.  So far with him we have not had any problems or any drug testing problems either so to say that there is fear, (there’s) none at all. Do I feel that there are advantages coming my way? 100%.”

There are several names out there that porter could face but his mandatory challenger for his IBF title is a fighter that sits on the opposite side of the world in England, Kell Brook. Brook has yet to fight in North America so one does not know how well the fight would sell but if Porter would travel to England it could sell very well but Porter has gone down that road before and does not feel like doing it again as a champion shouldn’t have to.

“I’ve fought abroad. I’ve fought in Africa, South America, in England and all over the world as an amateur. It’s fun to travel and it’s fun to be with the team and take pictures and all that but you don’t get any breaks when you go abroad to fight. For that reason I say no.”

Although he does not want to travel overseas for the fight it is still a fight that he would love to take as well as a fight against Marcos Maidana, Paulie Malignaggi or Keith Thurman.

“I was at the fight (Maidana-Broner) and I was licking my chops. I was ready to fight as soon as hat fight was over. I saw that everything it takes to beat that guy. I also saw a great fight. I saw a slugger. I slug  and I know I have what it takes to outslug a slugger. I can see myself and Maidana putting on a great show . It is something that we will push for. I don’t really deal with who I’m going to fight first hand. I let my advisor, my dad and my manager take care of that. I would fight any three of those names. I can’t stress you enough how great it is in my heart to want to put on great fights. All three of those fighters(Maidana, Malignaggi, Thurman), you put em’ in a hat and I pick one out and it would be a great fight for me.”