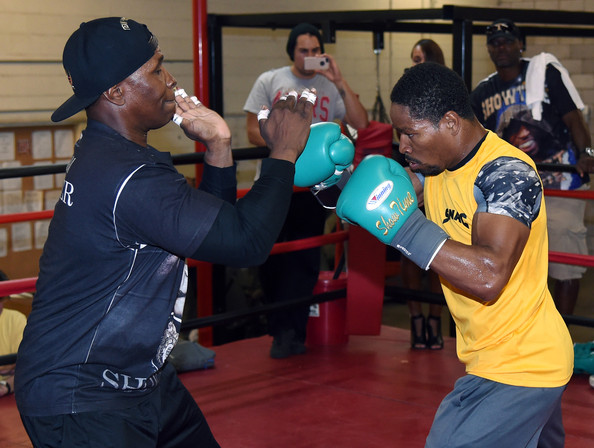 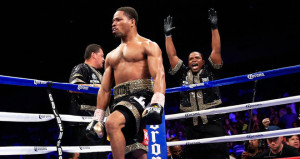 LAS VEGAS (March 7, 2016) – “Showtime” Shawn Porter will hold a special 12-round exhibition match on Saturday, March 12 that will stream live on the Premier Boxing Champions (PBC) Facebook page (www.facebook.com/premierboxingchampions.com) in lieu of his cancelled welterweight title showdown against Keith Thurman.
In an effort to stay active and give his fans an opportunity to see him in live action, Porter will hold an old-fashioned exhibition against Lanardo Tyner (30-10-2, 19 KOs) at his gym – Porter Hy-Performance Center at 7 p.m. PT on Saturday. After the bout, Porter will host a 30-minute Facebook Live video Q&A to interact directly with fans about what’s next for him that will also be on the PBC Facebook page.
Porter was as disappointed as most boxing fans when Thurman was injured in an automobile accident and had to pull out of their highly anticipated welterweight championship showdown. It’s no coincidence that Porter is holding this fight on the same night that he was supposed to battle Thurman.
“When I found out about March 12 not happening because of what happened to Keith, I tried to move forward to fight someone else,” said Porter. “But given the level of that fight with Keith, there wasn’t anything for me really. So my dad and I decided to do this exhibition. I’m not getting paid. This is 100 percent for anybody out there who loves to see me compete and perform. Lanardo Tyner is a veteran who has fought almost everybody and he’ll provide good excitement. We won’t be going through the motions. This is real.”
“We’re doing the exhibition because Shawn was so focused on fighting Keith Thurman that we wanted to keep him focused until we can determine when they’ll be boxing again,” said Ken Porter, Shawn’s father and trainer. “We were getting off a plane in Big Bear for training camp when we heard that Keith had been injured and couldn’t fight on March 12. We continued to spar and train. We figured the only way we could keep that focus was to have someone push Shawn for 12 rounds or however long it last.
In addition to Porter’s exhibition, amateur middleweight Brandyn Lynch, nephew of legendary comedian Eddie Murphy, will face fellow amateur Joey Alday in a four-round bout.
In his last match Porter scored a 12-round unanimous decision against Adrien Broner in Las Vegas last June. The match against Thurman is one of the most highly anticipated of 2016 and will be rescheduled soon.
For his exhibition showdown with Tyner the fighters will wear headgear and use 16-ounce gloves. The fighters will weigh-in the day before the match, but there will be no involvement from the Nevada State Athletic Commission. “Mock” judges and a professional referee will be used to score the fight and complete the atmosphere of a fight night.
“We decided to do this because we needed the things associated with a big fight – the atmosphere, the crowd, the lights,” said Ken Porter. “We’re going to have everything a big fight will have – a weigh-in the Friday before, the referee, the ring card girls. Mentally and physically Shawn needs this because he hasn’t fought in 10 months.”
Tweet