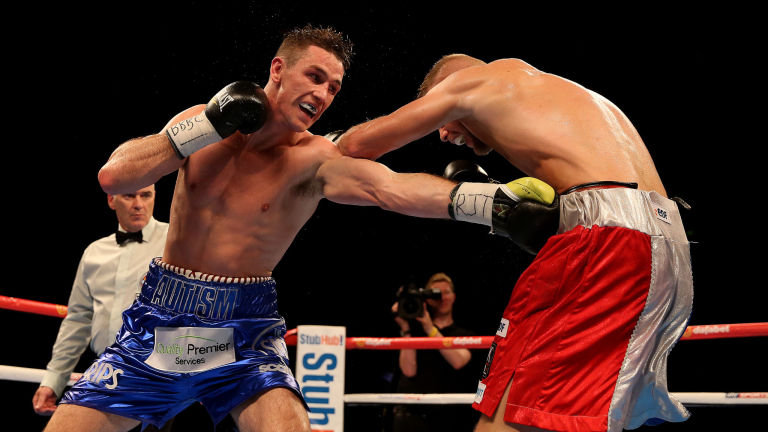 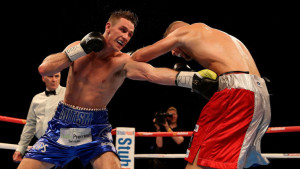 It was set to be a coming-of-age fight for the talented home fighters against the former European champion who had taken George Groves a tough 12 rounds for the same belt in September in London.

Smith controlled the pace from the off against the experienced and talented 29-year-old who was right in the fight in the first half despite Smith being on top. The eighth round looked to be the turning point for Smith, who hurt Rebrasse with his trademark body shots and begin to slow the relentless pressure from the game visitor.

Those body shots almost resulted in a first stoppage loss on Rebrasse’s record, as he was put down from a lethal left to the solar plexus from Smith, but despite the 25-year-old pouring on the pressure from that point, Rebrasse heard not only the bell for the tenth round but also the final bell, nothing less than the Hauts-de-Seine man deserved for his part in a great contest.

Smith was awarded the win by the judges with two cards of 118-110 and one of 120-107, and showed once more that he could go the distance and end a fight with plenty left in the tank.

The Liverpool man said that tonight’s test was a perfect learning curve for him to prepare for a World title shot sooner rather than later.

“Rebrasse was very tough, I have to give him a lot of credit,” said Smith.

“He kept coming, but I knew that going in there and that is why I chose to box him. I would have looked stupid going in there trying to blow him out of there. I respect his durability; he has proved it at the highest level. I think I showed that I can box, and if I do go past one round I can stick to a game plan and do it but I did the 12 comfortably enough and felt I could have given more but what I was doing was working.

“I enjoy the early knockouts but if I am going to progress and go on to become a World champion I need fights like this. I feel I am improving all of the time, and the only thing I need is experience, and I am gaining that.

“The left hand is a bit sore, but hopefully it is just a bit of bruising. It went in the fifth, but I still had to throw it, I can’t sit around and moan I have to throw and if I didn’t he would have come back into the fight. That’s boxing; you get injuries, and you have to deal with them.

Promoter Eddie Hearn added: “Callum debuted on a Kell Brook card two and a half years ago and now he is headlining in his hometown. It is great to watch a great young fighter come through the amateur ranks from the England to headlining his hometown. It is all about developing the fighters the right way, and I feel his development has been first class.

“People thought Callum was automatically going to win tonight, but we knew how tough that fight was. There has been a lot of fight around Callum but that was the perfect fight, and luckily the hype is real. He is going to be number one in the WBC now.

“That is going to put him on fight for challenging for the world title. Groves fights Jack, and we feel we are only one fight away from that. The Rocky Fielding fight is a great fight for Liverpool but Callum has his eyes on World titles, and that was the perfect performance. They are the kind of fights that will develop him as a fighter, and he will probably have learnt more tonight than throughout his whole career.

“That is going to stand him in good stead when he challenges for the World title. It is within 12 months.”

Smith’s trainer Joe Gallagher added: “Callum came back after round five and said his left hand had gone – it didn’t look like that in round ten when he dropped him with a body shot.

”What a rapid rise, he only turned professional two and a half years ago and here he is headlining the Echo Arena and has just won the WBC Silver belt. I am very pleased Liverpool came out tonight to support Callum Smith because they have a huge future World champion here.”