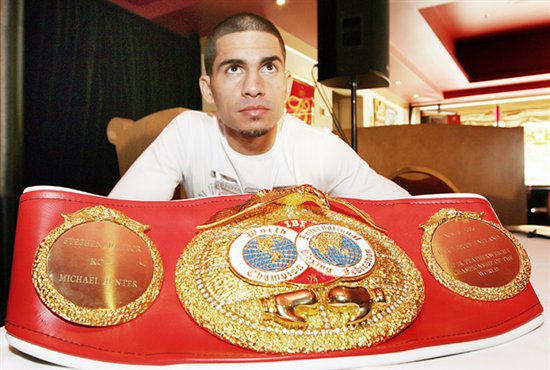 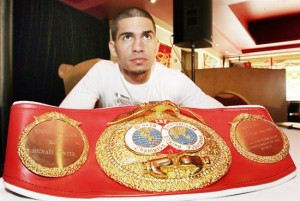 Steve Molitor has warned Carl Frampton he is too big a step-up for the Belfast man as they prepare to fight for the Commonwealth and IBF Inter Continental super bantamweight titles at the top of Betfair’s ‘Judgement Day’ bill at the Odyssey Arena on Saturday night, live on Sky Sports.

‘The Canadian Kid’ stepped in for the injured Kiko Martinez last month and ahead of Saturday’s title bout has warned Frampton that he is a greater fighter than the man originally lined up to face ‘The Jackal’.

“I’m a massive step up from Martinez,” said Molitor, a 12-5 shot with Betfair to beat Frampton. “He’s European level and I’m World level and come fight night everyone will realise that. This is too soon for Frampton. He has never been in the ring with someone on my level.

“He is a good boxer, very aggressive, but he makes a lot of mistakes that I plan on capitalising on. The plan is to win convincingly here against a young undefeated prospect and that will put me in line for a World title.”

Frampton claimed the vacant IBF Inter-Continental title with victory over Raul Hirales in May and will also put his Commonwealth title on the line against Molitor on Saturday night, and he is a strong 2-13 with Betfair to see off the visitor.

The fight tops a fantastic night of action at the Odyssey Arena, with Paul McCloskey taking on Manuel Perez in a bid to get his World light welterweight title dreams back on track after his shock defeat to DeMarcus Corley in May.

Belfast’s Martin Lindsay challenges Lee Selby for the Welshman’s British and Commonwealth featherweight titles in what could be a classic. Dungiven’s Eamonn O’Kane is in action while fellow Commonwealth Games gold medallist Paddy Gallagher makes his professional debut.

Ahead of the bout Molitor has praised Frampton for his willingness to take on a World class fighter at this stage in his career but warns the Belfast man that his unbeaten record is about to be ruined.

“It’s great to see a young undefeated fighter want to step up to the plate and fight a World class fighter,” said Molitor. “So many of these young kids pad their records fighting bums, so I take my hat off to Carl and his team for stepping up against me as a two time IBF Champion of the World, that takes balls.

“Carl is a great hungry young prospect with good boxing ability and I know I will have to be at my best to be victorious.

“I love fighting across the pond. I’m four for four over there and plan on retaining that perfect record. The people of Ireland can expect to see the same Steve Molitor that you’ve seen victorious the four previous times in I fought across the Atlantic.

“I’d like to thank the Belfast public for coming out tonight and I have to tell them: don’t blink; you’re going to love the fireworks!

“Although Carl is not a household name amongst the rest in my division, he is recognised as a future star. Scott Quigg, Kid Galahad and Carl are all names that are trying to make a name for themselves in the 122lb division, but unfortunately none of them will be making it off the Molitor name.”

For the latest odds on Betfair on Frampton’s clash with Molitor click here: http://sports.betfair.com/boxing/event?id=26889012&exp=s